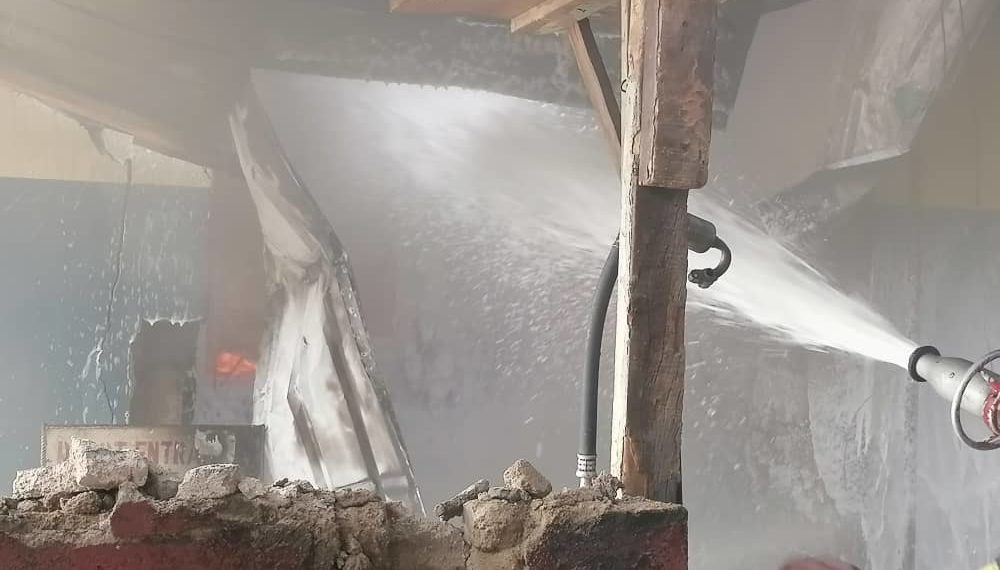 The burnt section of the spare-parts Market, Ladipo Lagos

The fire was said to have occurred from goods such as engine oil and gas stored in the affected shops.

Fire has gutted some shops at the popular Ladipo market in Oshodi, Lagos, on Wednesday.

The Acting Coordinator of the National Emergency Management Agency (NEMA), Ibrahim Farinloye, said the fire started in the early hours of Wednesday at No 137, Ladipo Market, Matori.

The fire was said to have occurred from goods such as engine oil and gas stored in the affected shops.

“It was ascertained that gas for vehicle AC, engine oil, paint, car stereo systems, car accessories are being sold in the gutted shops.

“So far, no information on anyone trapped, no civilian has been injured except one responder who was injured by shrapnel of the explosion. Police EOD, Federal State and LRU Fire Services are responding,” Mr Farinloye said.

He added that emergency operation is still ongoing with about nine fire-fighters at the scene.

PREMIUM TIMES reported a similar fire at Cairo market, a popular textile market at the Oshodi in May.

PDP loses another Rep to APC