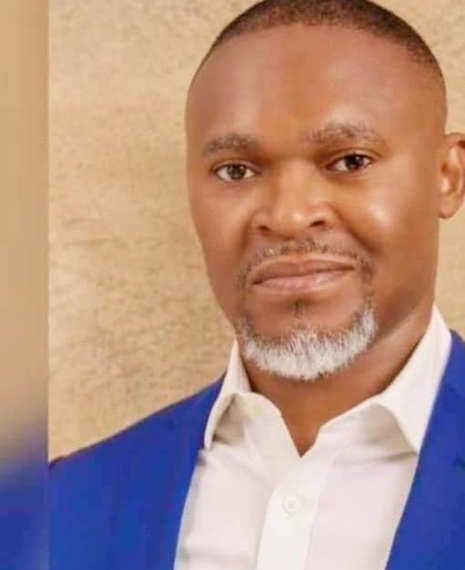 The family said although the alleged killer has been arrested, it is "convinced that there is much more to this than is already apparent from the police investigation.”

The family of Michael Ataga, the Super TV boss who was brutally killed on June 15, has urged the police to go beyond the confession of the alleged killer in their investigations.

A statement on Saturday by Rickey Tarfa & Co, solicitor to the family, hinted at the possibility that the actual perpetrators of the crime may be covering their tracks.

The statement, titled ‘Libelous Publications In Respect of Murder Of Michael Usifo Ataga: Demand For Restraint By Social Media Practitioners/Persons,’ urged those behind malicious social media publications to refrain from publishing falsehood that impinges negatively on the integrity of the deceased, wife, and children or face lawsuits.

“We hereby admonish the publishers of these stories to employ whatever shreds of decency and decorum they can find in themselves to desist from their false and misleading stories and let the investigating authorities carry out an effective investigation in the hope of apprehending the perpetrators of this heinous crime and their accomplices,” read the statement signed by Olusegun Jolaawo, a Senior Advocate of Nigeria (SAN), on behalf of the law firm.

“Yes, we know that Chidinma Adaora Ojukwu has been arrested and yes we know that investigation is continuing. Our client is, however, convinced that there is much more to this than is already apparent from the police investigation.”

The statement noted that there are several “malicious” publications in circulation planted to embarrass and malign Mr Ataga, his wife, Brenda, and their family “and to serve as a smokescreen to enable the perpetrators of the heinous crime cover their tracks.”

“Our client appreciates the efforts of the law enforcement agencies in their investigations thus far, and will not descend into particulars with respect to any of the said false narratives so as not to inadvertently aid the perpetrators of the murder in covering their tracks.”

A 21-year-old student of the University of Lagos, Chidinma Ojukwu, last Thursday, narrated to journalists how she  fatally stabbed Mr Usifo, 50, in an apartment in Lekki, Lagos.

The 300-level Mass Communication undergraduate said she was in a romantic relationship with the deceased.

Mr Jolaawo called for restraints from the publishers of unfounded stories against their late client, especially bloggers, and threatened legal action in cases of libel.

“Our client at this juncture requests that the well-meaning public allow the family to mourn their departed son, father, and husband with some privacy and decency,” he said.

“Our client also feels very strongly about the unbridled activities of bloggers on the social media space with respect to this incident and firmly demands that the said bloggers cease and desist from peddling falsehood aimed at maligning the deceased, wife and children. The family will not be intimidated by these bloggers’ activities and insist that the police be allowed to do their work,” Mr Jolaawo said in the statement.

“Our client hereby demands that the false publications and the several ordinarily unrelated stories and pictures of late Michael Usifo Ataga and Brenda Ataga be pulled down with immediate effect failing which our client shall take prompt and appropriate action to seek redress for the apparent instances of libel and slander as appropriate.”