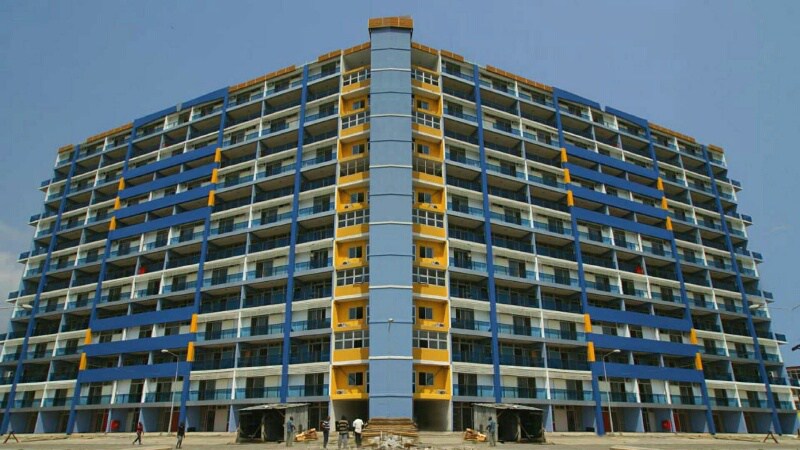 Mr Alade died on Saturday at the age of 87, family sources in Aramoko-Ekiti said.

Others are the Remembrance Arcade, Tafawa Balewa Square, Lagos, Satellite Town, Lagos, Nigerian Air Force Base, Ikeja, and the Nigerian Institute of Policy and Strategic Studies building, Kuru, near Jos.

Others are the National Judicial Institute, Abuja, and Nigerian Embassy buildings in 11 countries.

Mr Alade graduated from the Nigerian College of Arts & Sciences and Technology, Zaria (now Ahmadu Bello University) in 1961 as one of the first four Architecture graduates.

Thereafter, he completed his post-graduate studies at the Architectural Association School of Tropical Studies, London in 1965, on a Commonwealth Scholarship.

He was the first Architect to become a Federal Permanent Secretary in 1976, a post he held until his retirement in 1979 after which he established his private practice Fola Alade Associates in 1979.

After his post-professional training, he became an associate of the Royal Institute of British Architects and Architects’ Registration Council of the United Kingdom in 1963.

He joined the Federal Ministry of Works and Housing as a Resident Architect in the old Western Region and later Lagos City Council.

In 1969, he became the first Registrar of the Architects Registration Council of Nigeria. He served as the General Secretary of the Nigerian Institute of Architects.

He was appointed as Pro-Chancellor and Chairman Governing Council of the Federal University of Port Harcourt in 1990.

The Speaker, Ekiti House of Assembly, Funminiyi Afuye, in his condolence message, described Alade’s demise as a great loss to Ekiti State in particular and to Nigeria in general.

This was contained in a statement by Mr Afuye’s Special Adviser on Media, Tai Oguntayo, on Sunday in Ado-Ekiti.

The Ekiti Assembly speaker eulogised the architectural professionalism of Mr Alade in his lifetime.

He described the foremost architect as the giant pillar behind the various physical structures of many institutions in Nigeria today.

He said the late architect was a “patriot in the real sense who left his mark on the sands of time.’’

Mr Afuye prayed to God to grant the family the fortitude to bear the loss.