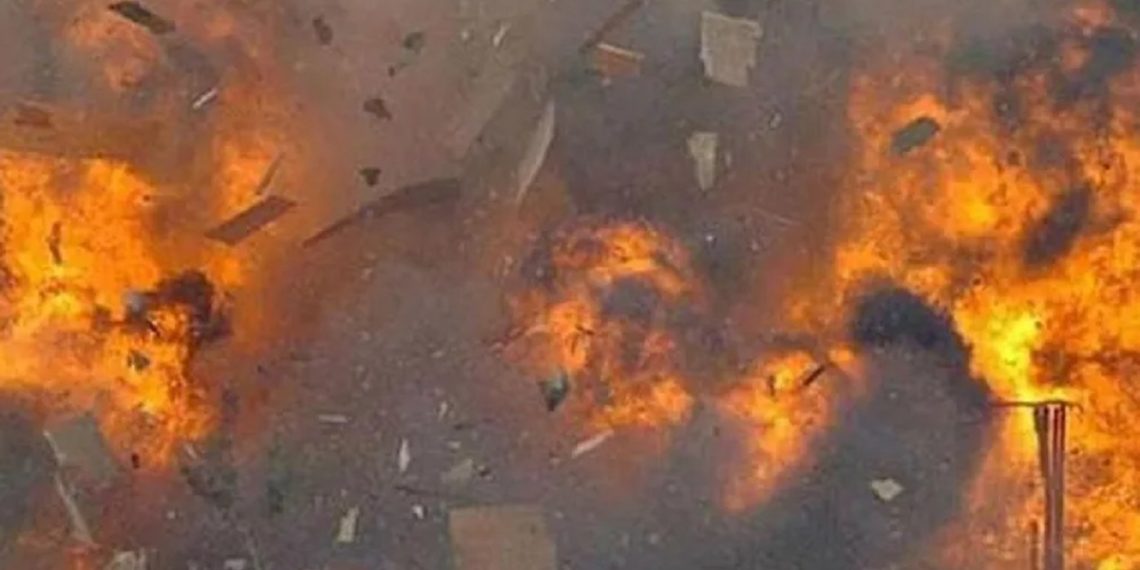 The agency said the fire that ignited the leaking gas truck came from the kitchen of a nearby Chinese restaurant.

The fire that trailed the leakage from a moving cooking gas truck in Lagos on Thursday came from the kitchen of a Chinese restaurant, the Lagos State Emergency Management Agency (LASEMA) has said.

The restaurant is located at the Ogun State Property Investment Corporation (OPIC) Plaza where other offices were equally burnt.

Olufemi Oke-Osanyintolu, the LASEMA Director-General, made this known in Lagos on Saturday while reading a preliminary report on its investigation of the incident.

“Close investigation revealed that the leaking cooking gas from the truck was ignited by the exposed fire from the kitchen of the New Chinese restaurant inside OPIC Plaza.

“As a result of wind action, the whole area of OPIC structure was engulfed with fire.

“The fire trailed the cooking gas resulting in the combustion of the gas tanker outside the compound,’’ he said.

Mr Oke-Osanyintolu added that the inferno from the explosion resulted in several damages to the OPIC Plaza building structure.

He said that LASEMA’s “Tiger Team’’ received a distress call at about 10.57 p.m. on Thursday and immediately swung into action with its private sector technical partner.

“On arrival at the scene of the incident, it was discovered that a 13.5-ton gas tanker in motion was leaking its content.

Mr Oke-Osanyintolu said the fire resulted in 13 burns causalities at the scene who were given first aid by LASEMA before they were taken to the Lagos State University Teaching Hospital (LASUTH) and Gbagada General Hospital for further treatment.

“Unfortunately, three adult males were further discovered dead at the scene and their bodies were bagged and transported to the morgue.

“Also, two victims died while undergoing medical attention at LASUTH, hence a total of five fatalities were recorded as at the time this report was put together,’’ he said.

He added that LASEMA and other responders evacuated other occupants of the building to a safe place, while the LASG Fire Service ensured that the fire was curtailed from spreading into nearby buildings and completely extinguished the inferno.

He said also that the crowd and traffic control were managed with the help of the Police, LASTMA and FRSC.

Mr Oke-Osanyintolu also said that the OPIC Plaza had been cordoned off as a disaster zone and prepared for further investigations, adding that 24 vehicles were burnt in the inferno.

He appealed to tanker owners to ensure that their trucks were certified roadworthy before embarking on a journey.

“All tankers conveying volatile gases should be roadworthy before embarking on a journey. All commercial buildings should develop an Emergency Response Plan and Fire Prevention Plan in case of an emergency,’’ he said.

Mr Oke-Osanyintolu advised Lagos residents to feel free to call the toll free lines112 and 767 in the event of any emergency.