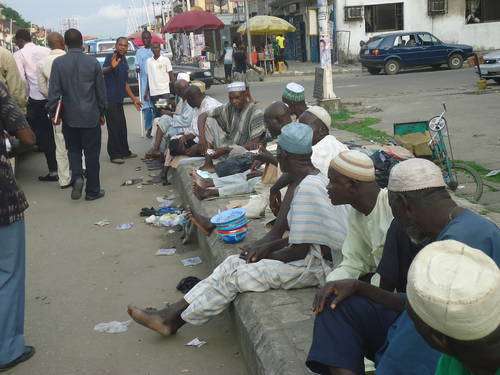 Beggars used to illustrate the story

The beggars are being evacuated from shanties in the state’s capital, Ibadan, to Akinyele resettlement centre in the state.

The Oyo State government has begun the evacuation of beggars from shanties in the state’s capital, Ibadan, to the newly built Akinyele Resettlement Centre in the state.

PREMIUM TIMES gathered that beggars had, over the years, been living around shanties in various parts of Ibadan.

The state government on Tuesday, however, said the new site is fitted with social amenities, including schools, hospitals, and recreation centres.

“Aside from the ministry of environment, other ministries involved in the exercise include Women Affairs and Social Inclusion, Information, Culture and Tourism, Local and Chieftaincy Matters as well as the Office of the Executive Secretary, Oyo State Security Trust Fund.”

PREMIUM TIMES gathered that the government started the evacuation of beggars in October 2019 when about 48 street children, beggars and others were taken from the streets to rehabilitation centres in the state capital.

This newspaper also learnt that the Akinyele Resettlement Centre, was earlier toured by Arewa community leaders, and representatives of the beggars on Saturday.

Why I will not join APC, PDP – ex-Speaker Na’abba