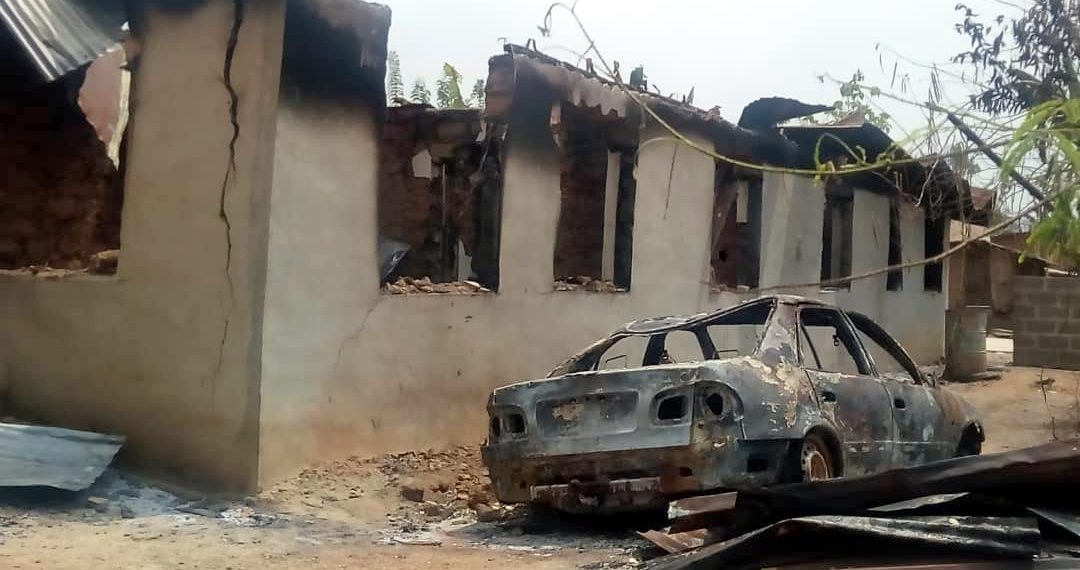 No fewer than 11 persons were killed when Igangan town in Oyo State was attacked on Sunday.

About 24 hours after suspected bandits attacked some residents of Igangan community in Oyo State, the House of Representatives has asked residents to “calm down and report any suspicious person to the relevant law enforcement agencies.”

This was one of the six resolutions adopted after the lawmakers deliberated a motion on the Igangan attack which they described as a threat to national security.

The motion was sponsored by Muraina Ajibola and 23 other lawmakers.

PREMIUM TIMES reported how the community came under attack in the early hours of Sunday as gunmen suspected to be herdsmen set houses, a filling station and the king’s palace ablaze.

The attack left about 11 persons, including some of the assailants, dead.

Residents said the gunmen stormed the community with over 20 motorcycles. They said they believe the attack was a reprisal for the recent controversial expulsion of a Fulani leader from the community.

Leading the debate, Mr Ajibola reminded the House that several resolutions have been passed urging the federal government and relevant security agencies to turn the Igangan police station to a Divisional Police Headquarters and improve security architecture.

He said residents of the community are relocating from the town – an act he said will likely paralyse the economic and social activities of the town.

“This last attack is capable of escalating the already tense security situation in Igangan town and all the states in the South west of Nigeria, if the assailants are not apprehended and brought to justice,” he warned.

Apart from condemning the attack, the lawmakers directed the National Emergency Management Agency and other relevant agencies to provide relief materials to assist all those whose properties or businesses were destroyed as a result of the invasion.

They also urged the police to intensify their efforts with a view to arresting the assailants, prosecuting them and preventing recurrence.

Briefing journalists after plenary, Olufemi Fakeye, the chairman of the South-west caucus, warned invaders to stop the attacks.

“We want them to know that when you come to somebody’s home and attack him, you are asking for trouble. They need to stop these henceforth. We want action from the executive. They have to arrest and prosecute all the perpetrators of this incident.

“We urge all the security apparatus to do more by obtaining intelligence reports and get one step ahead. We don’t want war in this country and for that to happen, people in charge of governance need to do the needful,” he said.

The Ondo State Governor, Rotimi Akeredolu, has since condemned the attack.

Mr Akeredolu, who released a statement on behalf of the six South-west governors, described it as one too many.

“We on our part are resolved to defend our people, their property, and all legitimate means of livelihood against both internal and external aggression. On this, there will be no compromise. We call on our people to remain vigilant and report any suspicious movement in their communities. In addition, they must be united in the task of defending our lives and properties. We cannot afford to fail,” he said.