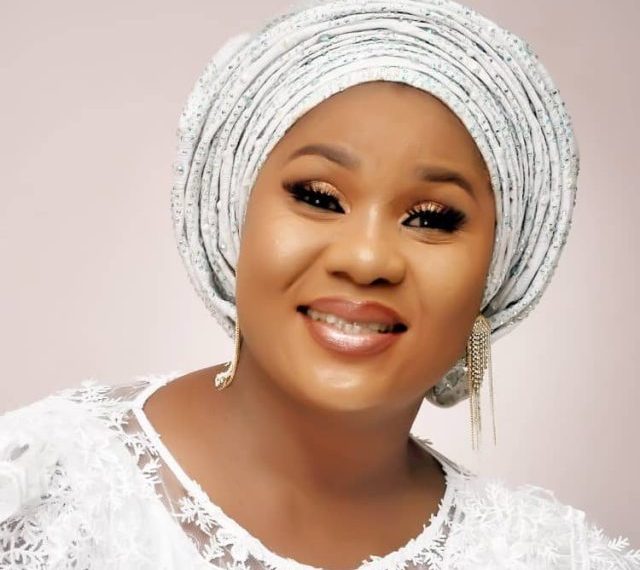 "I will be stepping down from the chairmanship race of Ifako-Ijaiye Local Government for mutually benefitting reason for all of us."

Wuraola Agbajeola-Owolabi, Founder, Touch of Love and Lifting Hands Foundation, had obtained nomination and expression of interest forms for the July 24 council poll out of her desire to better the plights of the vulnerable people in the area.

But in a statement made available to News Agency of Nigeria (NAN) on Monday in Lagos, the female aspirant announced her withdrawal from the race, citing “respect for party supremacy.”

Mrs Agbajeola-Owolabi, whose race for the Ifako-Ijaye council chairmanship seat was already was gathering massive momentum, however, thanked her teeming supporters.

“We brought renewed energy and vision as a reference to the political class.

“However, for well-meaning political considerations, the need to maintain and instill discipline within the party, and following due consultation with my supporters and stakeholders in Ifako-Ijaiye, I hereby wish to redefine my approach to this position.

“I will be stepping down from the chairmanship race of Ifako-Ijaiye Local Government for mutually benefitting reason for all of us.

“My decision to step down is borne out of respect for party supremacy and leadership,” she said.

The aspirant expressed appreciation to the APC National Leader, Bola Tinubu, for his confidence in her and his assurance to women of fair play in the theatre of politics.

She equally thanked all supporters and party leaders including the Deputy Governor, Obafemi Hamzat, and the state party chairman, Tunde Balogun, for their support and counsel.

According to her, she has been able to inspire and connect with the people who hitherto had no interest in party politics within the short period of her entry into the chairmanship race.

She added: “Our message of hope and a future assured resonated with them.

“Using technology, our campaign post insights today has reached 113,993 people virtually and 23,937 more engaged with us.

“We intend to make good use of this privilege for the greater good of our great party.

“The plights and the despairs of our people are the reasons why I choose to contest and resonate with the people through our vision for a better life for all irrespective of economic class, political affiliation, gender or other affiliate they belong to.”

Mrs Agbajeola-Owolabi said that while she stepped down, she would continue to serve the party diligently, selflessly and her loyalty to the party would even remain stronger.

She directed her campaign team, Wuraola Atinuke Agbajeola-Owolabi (WAAO), to deploy personnel and resources at its disposal to support the emerging chairmanship candidate of the party in the council. (NAN)