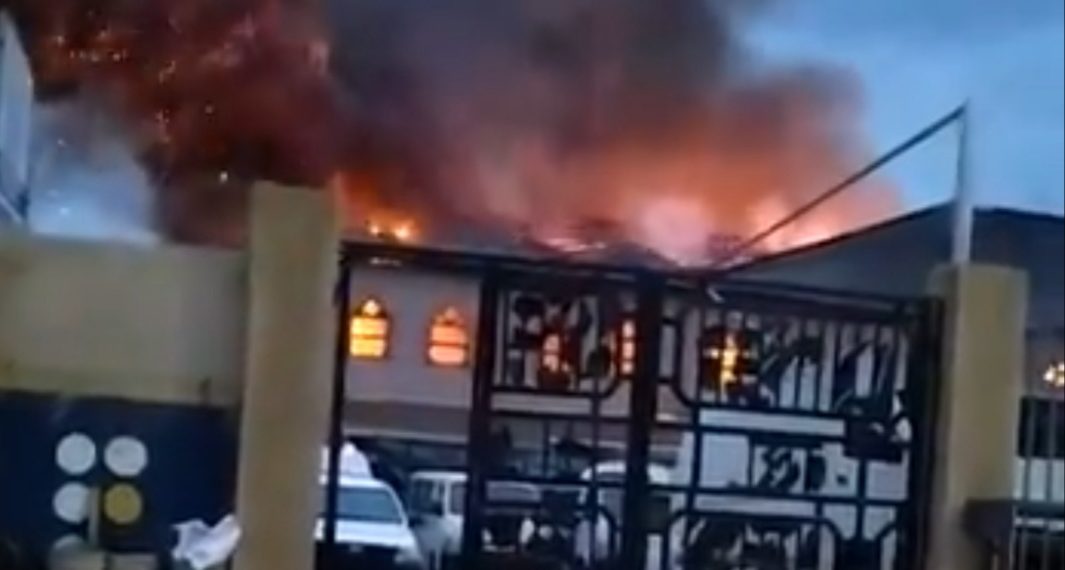 The incident occurred as the RCCG is still in mourning, following the death of Dare Adeboye, son of the general overseer of the church.

A Redeemed Christian Church of God (RCCG) parish at Alapere, Lagos, has been engulfed with fire.

A video shared on social media on Sunday showed the church in flames, with several cars, including worshippers, suspected to be trapped within.

PREMIUM TIMES is yet to ascertain the cause of the fire or whether there are any casualties at the time of this report.

A staffer of the Lagos State Emergency Management Agency (LASEMA), who prefers not to be named, because he is not authorised to speak, confirmed the incident.

“Not that it just happened now, the fire started in the morning and has since been put out,” the staffer said said.

Nosa Okunbor, the LASEMA spokesperson, however, said he was to confirm the incident.

“I’m awaiting confirmation, I will give a statement once I confirm,” he said.

The incident occurred as the RCCG is still in mourning, following the death of Dare Adeboye, son of the general overseer of the church.

We are not owned by Dangote — Port Management company, ICTSI