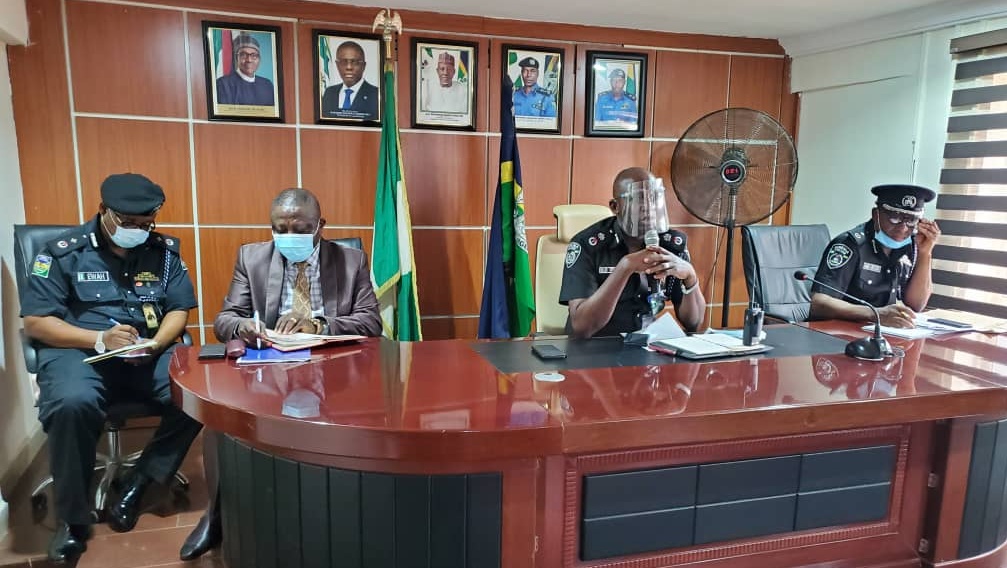 Lagos Commissioner of Police meets with Controller of Correctional Service in Lagos.

The police commissioner summoned senior officers to deliberate and review operational strategies towards forestalling any attacks in the state.

Following the recent attacks on the facilities of the Nigerian Police and Correctional Services in Imo, the Lagos State Commissioner of Police, Hakeem Odumosu, has put police officers in Lagos on “red alert.”

This was contained in a statement released on Wednesday by Muyiwa Adejobi, the Lagos police spokesperson.

Mr Adejobi, a chief superintendent of police, said Area commanders, Mobile Police Commanders and Tactical Operational units were summoned by the police boss “to deliberate and review operational strategies of the command towards forestalling any attacks in the state.”

According to the official, the police boss also met with the Controller of Correctional Service Lagos State, Francis Adebisi, on Wednesday, to discuss tactics to prevent attacks on police and correctional facilities in the state.

“The Commissioner of Police, Lagos State, CP Hakeem Odumosu, in a bid to be proactive to (in) fortifying security in and around Police formations and Correctional Centres in Lagos State, has summoned the Area Commanders, Mobile Police Commanders and Commanders of the Tactical Operational Units of the command to deliberate and review operational strategies of the command towards forestalling any attacks in the state.

“The meeting that was held on Tuesday 6th April, 2021, in the Conference Hall, State Headquarters, Ikeja, had in attendance the Deputy Commissioners of Police, Operations, Administration and State CID, Panti respectively, the fourteen (14) Area Commanders, Police Mobile Force Commanders, Commanders of Rapid Response Squad and Taskforce, Commanders of the Special Squad and Strike Team and the State Intelligence Bureau of the command.

“The Commissioner of Police engaged them in an interactive session to assess and brainstorm on having better security structures in the state and to prevent any attacks on police formations, correctional centre and vulnerable places within Lagos State,” the statement reads.

Mr Adejobi said the meeting agreed on many strategies to be adopted including robust intelligence gathering, surveillance, sectorising the state for easy policing, constant patrol and deployment of personnel to strategic places and multi agency collaboration amongst others.

He added that the police boss promised the Controller to sustain the deployment of mobile police to correctional facilities in the state.

Less than 48 hours after the attack, another police division in Ehime/Mbano in Imo was burnt down, alongside vehicles.

Mr Odumosu has called on men of the Lagos police command to tighten security in the state, especially at the correctional facilities and across all police divisions.