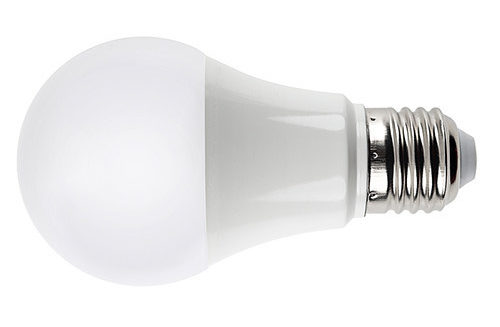 The LED bulbs, which come in both screw and pin forms, are aimed at addressing energy conservation for homes and businesses.

The Technology Incubation Centre in Ekiti has begun the mass production of energy-saving LED bulbs, the manager of the federal government-owned centre, Fasan Babatola, has said.

He said during a media tour of the centre that the production was achieved in collaboration with AB Tech Electronics, one of its 30 entrepreneurs, currently located at the centre where they were currently camped and conducting research to proffer solutions to some of the nation’s problems.

According to him, the LED bulbs, which come in both screw and pin forms, are in 3 W, 5 W and 9 W capacities, aimed at addressing energy conservation for homes and businesses.

He disclosed that raw materials for the mass production of the energy saving bulbs abound in large quantity, and that it was also commercially viable, as every home needs electric bulbs, especially energy saving ones

“We are even going into mass production now. I can assure that we can roll out hundreds of thousands of these products within months.

“We can also assure that the energy saving LED bulb production is sustainable because everyone and all nations are trying to conserve power and Nigeria is not an exception”, he said.

He explained that both the entrepreneurs and the centre were expecting fairly good profits on the project, after executing their different lines of actions.

The News Agency of Nigeria (NAN) reports that the TIC, an agency of the Federal Ministry of Science and Technology, had also commenced the production of rechargeable bulbs and electrical insulators.

Mr Babatola explained that the terms of the TIC’s partnership with the entrepreneurs was to camp them and incubate their products in its premises, provide technical expertise, mentor, as well as nurture them to maturity.

However, in order to qualify, he said, such entrepreneurs must have first registered with the agency under its open mentorship scheme, aimed at encouraging technological growth of the country, tackling employment and empowering businesses to grow.

The Centre manager also disclosed that 29 other product lines being undertaken at the centre, were currently operational, cutting across different spheres of the economy.

The manager also said SON and other regulatory agencies’ certification were being processed for the products.

Mr Babatola appealed to the state government to provide the centre with a bigger transformer, to increase electricity supply, as well as establish an industrial park in the state to enable the Centre accommodate more entrepreneurs as its current premises was not enough to accommodate the high number of willing investors.

He also called on the federal government to consider creating a special dedicated fund for entrepreneurs under incubation, and also help address the centre’s mobility problems.

Three entrepreneurs, Tope Popoola, Olori Popoola and Francis Olukayode, who spoke to NAN, expressed gratitude to the federal government for providing such a platform, to facilitate the growth of investments and realisation of visions.

How Stanbic IBTC’s ‘Together for a Limb’ is touching lives