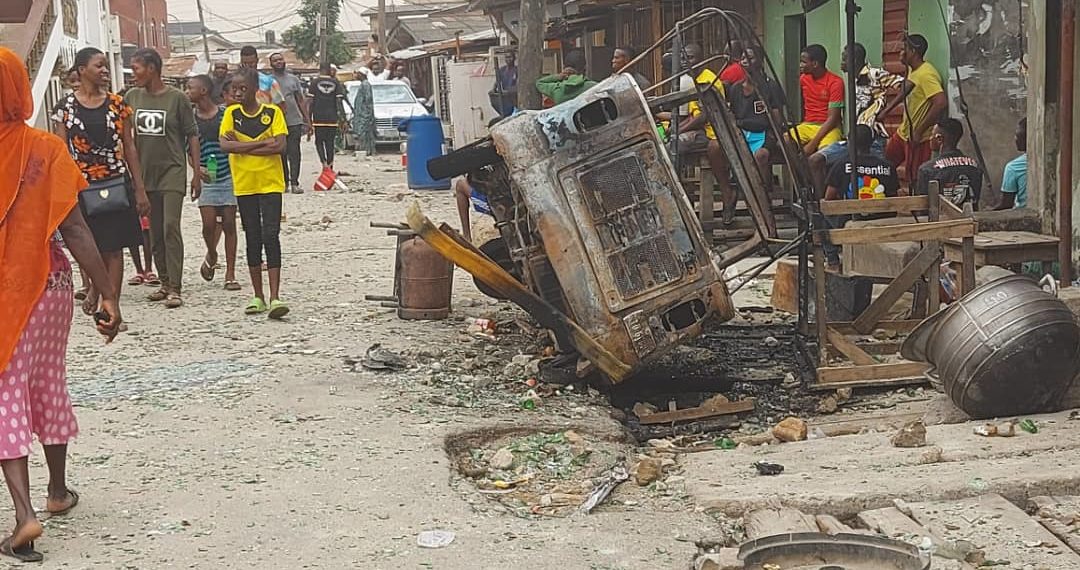 The police say the clash was between the Aiye, Eiye, and Buccaneer cults

Barely 48 hours after the Lagos State government passed the Anti-cultism bill (2021) into law, cultists had a free day at the Ikosi-Ketu area of Lagos on Wednesday with several businesses burnt and looted.

PREMIUM TIMES gathered that the clash started around 9 a.m. on Wednesday but became violent at about 1 p.m. with the cultists shooting sporadically, breaking bottles and using dangerous weapons. 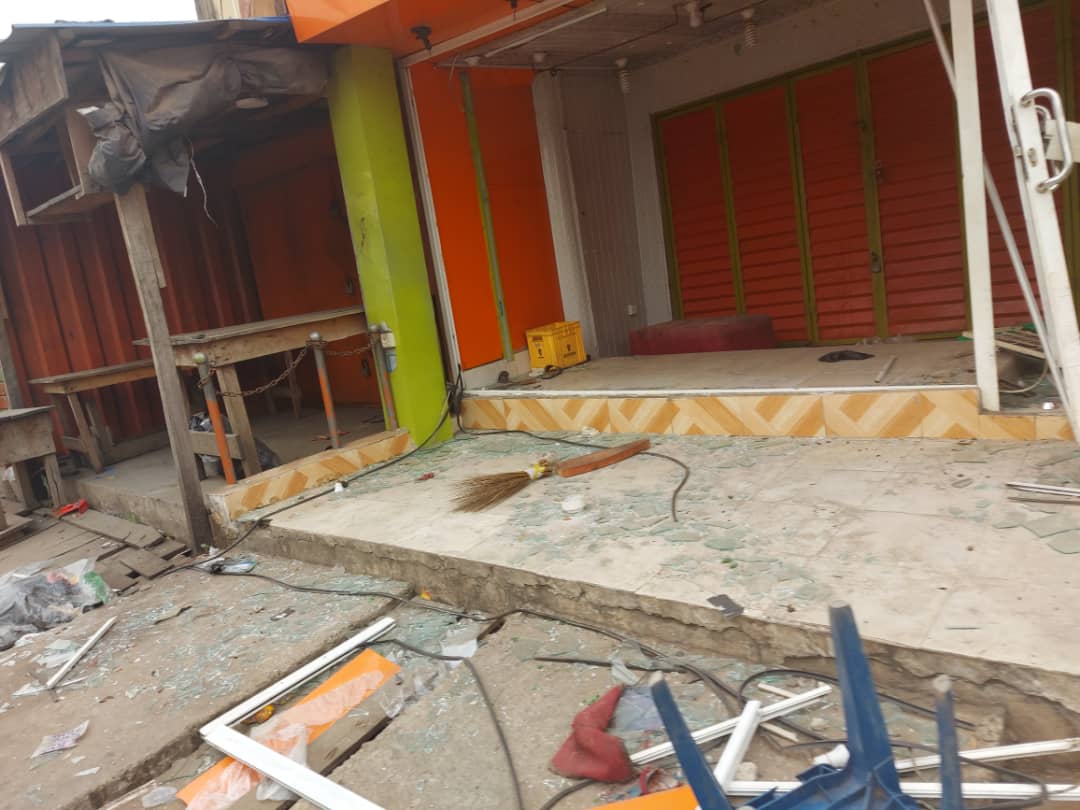 “They were many, they came from Jakande for market, they were about 150 of them. At first, the boys in the street tried to scare them away but when they saw the number of cultists approaching, they also moved back,” a witness said.

Governor Babajide Sanwo-Olu on Monday signed the Anti-cultism bill into law. This law prescribes a 21-year jail term for convicted cultists and 15 years in jail for those abetting cultism.

According to the governor, the law will curb the menace of cultism in the state and put the activities of unlawful societies in check. 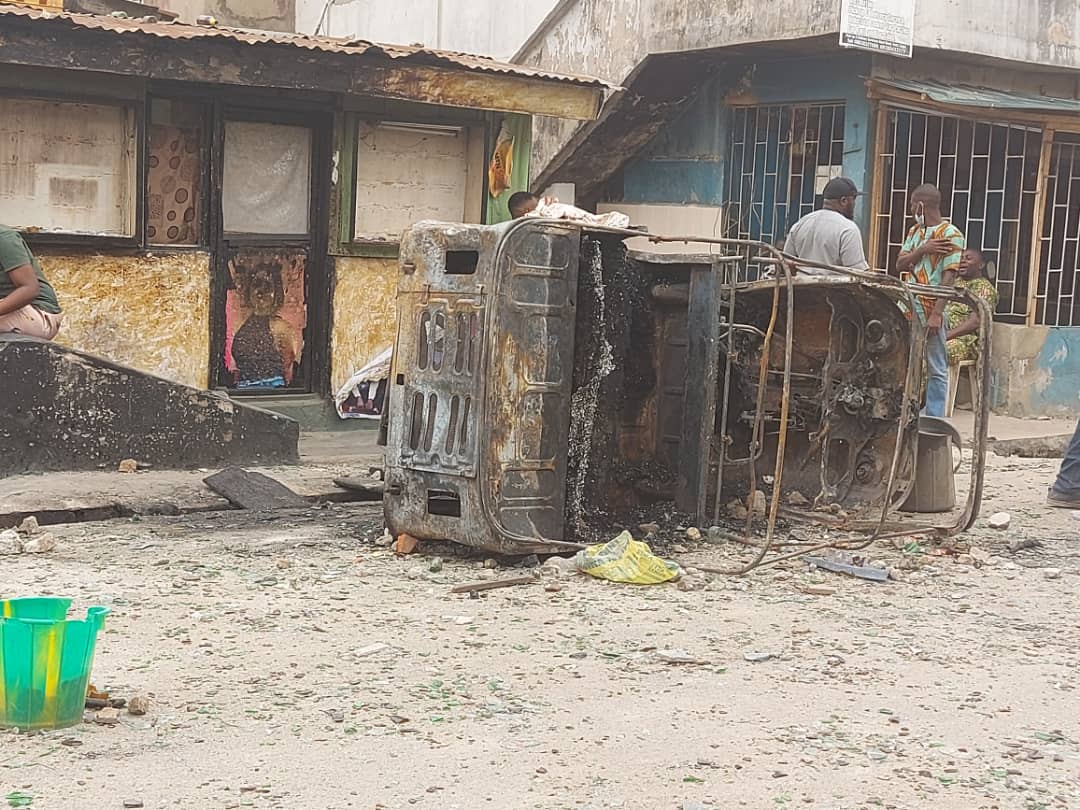 This led to the destruction of properties worth millions of naira as the police could not tame the cultists who went on rampage.

The incident, which happened in front of the Ikosi-Isheri Local Government Council Area, left many businesses at the mercy of the cultists.

When PREMIUM TIMES’ reporter got to the area, several shops were looted, while others were burnt.

Ahmed Olalekan, a shop owner whose shoe shop was looted, said the violence was between the Eiye and Aiye cult groups. 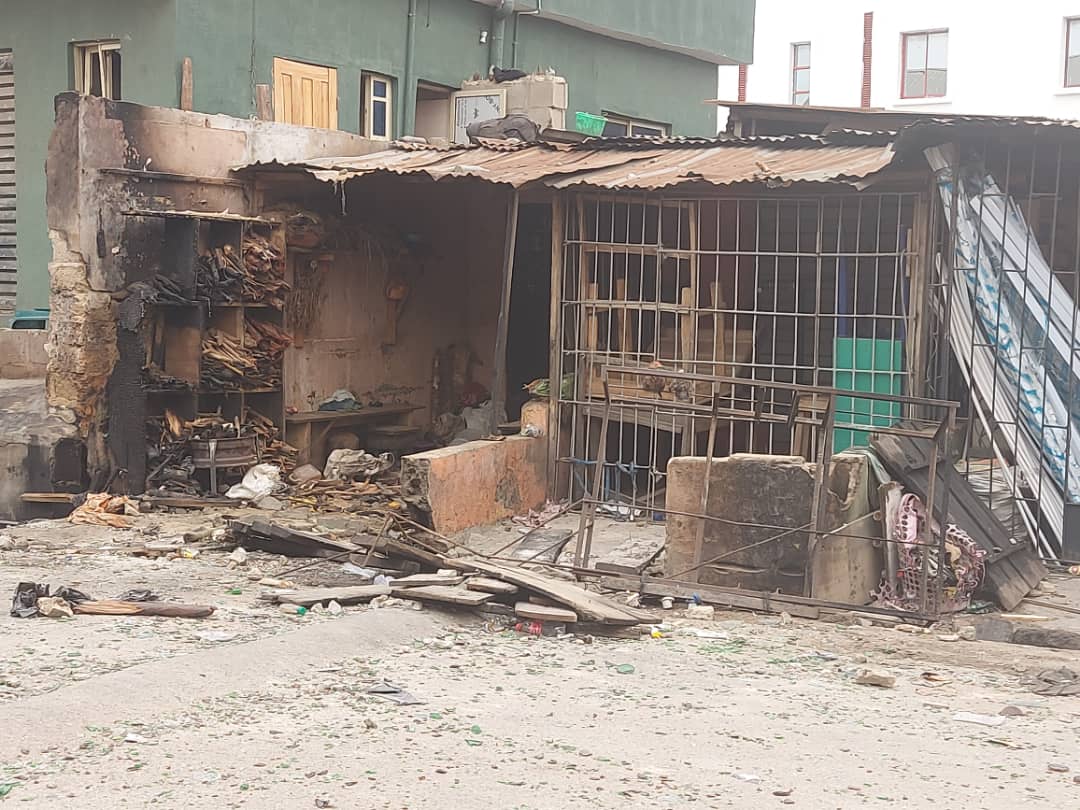 “It was very serious. Those boys carried guns, machetes, bottles and other dangerous weapons. No one could wait,” he said.

Some shop owners were seen lamenting the destruction of their stores and how the loss will set them backwards.

About four police vehicles were stationed at the scene to forestall further violence.

“The fight has started since two days ago, we could not sleep overnight due to the fight,” a resident said.

PREMIUM TIMES could not confirm whether there were casualties resulting from the violence.

Reacting to the crisis that occurred at Ikosi-Ketu, the Lagos Police Command said 15 suspects with weapons were arrested and the police have restored normalcy to the area.

According to a statement by Muyiwa Adejobi, the police spokesperson, the clash occurred between the Eiye, Aiye and Buccaneer cult groups.

“Preliminary investigation revealed that the crisis was connected to the revenue generation at the Ketu fruits market,” Mr Adejobi said.

“The Lagos State Police Command has restored normalcy to the Ikosi/Ketu area of Lagos State after a clash that occurred today Wednesday 17th March 2021 at 6 a.m. amongst some suspected cult groups, Eye, Aiye and Buccaneer, as fifteen (15) suspects were arrested. Two (2) locally made pistols, some live cartridges, assorted charms etc were recovered from the suspects,” the statement read. 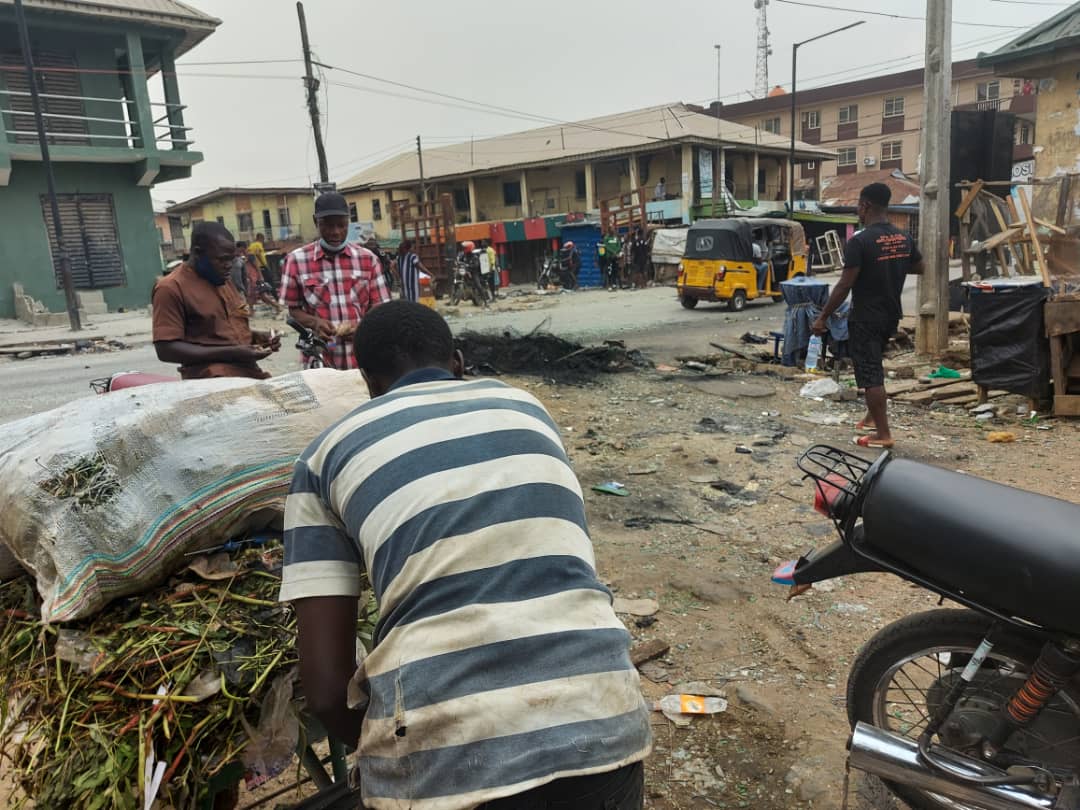 The statement said efforts were underway to apprehend other fleeing members of the gangs that orchestrated the violence.

The Commissioner of Police in the state, Hakeem Odumosu, directed that the suspects be moved to the State Criminal Investigation Department (SCID) for diligent prosecution.

He reiterated the command’s commitment to fighting crimes, especially cultism, in the state.