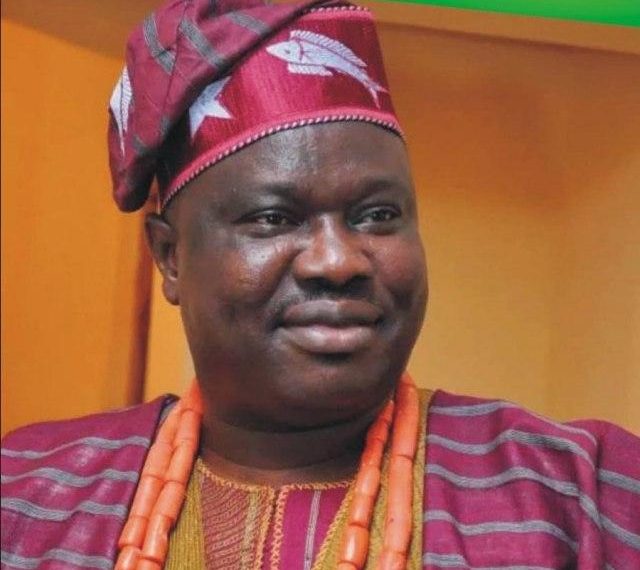 Mr Ikuforiji was also accused of using his position to misappropriate funds belonging to the Assembly.

The Economic and Financial Crimes Commission (EFCC) on Wednesday closed its case in a N333.8 million money laundering charge against a former speaker of the Lagos State House of Assembly, Adeyemi Ikuforiji.

The commission closed its case after calling the second witness for the prosecution, Adewale Olatunji, a former Clerk of the LAHA.

Mr Ikuforiji is charged alongside his former Personal Assistant, Oyebode Atoyebi, on a 54 count charge of money laundering amounting to N338.8 million.

They had each pleaded not guilty before Justice Mohammed Liman and were allowed to continue on an earlier bail granted to them in 2012 when they were first arraigned.

The first prosecution witness was Adebayo Adeniyi, an operative with the commission who concluded his evidence on November 25, 2020.

Testifying, the second prosecution witness, Mr Olatunji told the court that he was currently a pensioner, who retired from service of the Lagos State Government as former Clerk of the House of Assembly.

Led in evidence by the prosecutor, Ekele Iheanacho, the witness said that between 2010 and 2011, he held sway as clerk of the House under the leadership of the defendant (Ikuforiji) who was then speaker.

He said that as clerk, he was the chief accounting officer of the House, adding that his schedule of duty involved coordinating all departments of the House, acting as a liaison between the legislature and executive on one hand and the House on the other hand.

He added that he was also a signatory to bills proposed by the House.

When prompted by the prosecution as to what happened in 2011, he told the court that he had received two letters from the anti-graft agency.

According to him, the first letter was informing him of an investigation by the commission on financial transactions in the House while the other letter invited him to give some explanations to the commission.

He told the court that he had honoured the invitation to Abuja to provide the required information and had also instructed his staff to supply the commission with documents demanded which were mainly cash registers.

The prosecution then called for exhibits C, D, E and E1 and the witness confirmed that the exhibits were certified copies of the cash registers of LAHA at the time.

When the prosecution asked the witness the nature of the information contained in the exhibits, the defence raised an objection on the grounds that the document were before the court and spoke for itself.

The court upheld the objection by defence and urged prosecution to ask his questions within the perimeter of the law.

The prosecution then asked the witness if he could attest from the exhibits that payments were made, but the defence again raised an objection to that line of question.

The court again, upheld the objection by defence.

The prosecutor, consequently, applied that the document be taken as read and the court granted same.

The prosecutor then asked the witness if the House of Assembly maintained bank accounts and in which banks.

in response, the witness told the court that the House had accounts in Wema, Equitorial trust and Skye (now Polaris) banks but said he would not know if any of the banks had branches in the house’s complex.

When the prosecution asked the witness who approved cash payments, defence counsel raised another objection on the grounds that the question seeks to cross examine the witness rather than leading him in evidence, but this time the court over ruled his objection.

In response, the witness told the court that cash payments were approved by the speaker of the House, adding that at that time the defendant (Ikuforiji) was the LAHA speaker.

Under Cross examination by defence counsel, Dele Adesina (SAN), the witness maintained that he would not know if the banks mentioned had branches within the House’ secretariat in Alausa.

When asked if the House and the secretariat were within same vicinity of Alausa, he replied, Yes.

He also confirmed that he made statements about the defendant to the EFCC.

The defence then informed the court that it would review its position to know the proper steps to take, that is whether to open their defence or to file a no case submission.

During trial the prosecution called two witnesses and tendered several exhibits before the court in presenting its case.

The News Agency of Nigeria (NAN) reports that the defendants were first arraigned on March 1, 2012 before Justice Okechukwu Okeke on a 20-count charge bordering on misappropriation and money laundering.

They had each pleaded not guilty to the charges and were granted bails.

The defendants were, however, subsequently re-arraigned before Justice Ibrahim Buba, following a re-assignment of the case.

Mr Buba had granted them bail in the sum of N500 million each with sureties in like sum.

On September 26, 2014, Justice Buba discharged Mr Ikuforiji and his aide of the charges, after upholding a no case submission of the defendants.

Mr Buba had held that the EFCC failed to establish a prima-facie case against them.

Dissatisfied with the ruling, the EFCC through its counsel, Godwin Obla (SAN), filed the Notice of Appeal dated September 30, 2014, challenging the decision of the trial court.

Mr Obla had argued that the trial court erred in law when it held that the counts were incompetent because they were filed under Section 1(a) of the Money Laundering (Prohibition) Act, 2004 which was repealed by an Act of 2011.

The EFCC further argued that the lower court erred in law when it held that the provisions of Section 1 of the Money Laundering (Prohibition) Act, 2004 and 2011, only applied to natural persons and corporate bodies other than the Government.

The commission had also submitted that the trial judge erred in law when he held and concluded that the testimonies of the prosecution witnesses supported the innocence of the respondents.

In its judgement, the Lagos Division of the Appeal Court, in November 2016, agreed with the prosecution and ordered a fresh trial of the defendants before another judge.

Following the decision of the Appeal Court, the defendants headed to the Supreme Court, seeking to overturn the ruling of the Appellate court.

Again, in its verdict, the apex court also upheld the decision of the appellate court and ordered that the case be sent back to the Chief Judge of the Federal High Court for reassignment to another judge.

According to the charge, EFCC alleged that the defendants accepted cash payments above the threshold set by the Money Laundering Act, without going through a financial institution.

The commission accused the defendants of conspiring to commit an illegal act of accepting cash payments in the aggregate sum of N338.8 million from the House of Assembly without going through a financial institution.

Mr Ikuforiji was also accused of using his position to misappropriate funds belonging to the Assembly.

The EFCC said that the defendants committed the offences between April 2010 and July 2011.

Students’ Abduction In Northern Nigeria and the Dangers Ahead, By Zainab Suleiman Okino