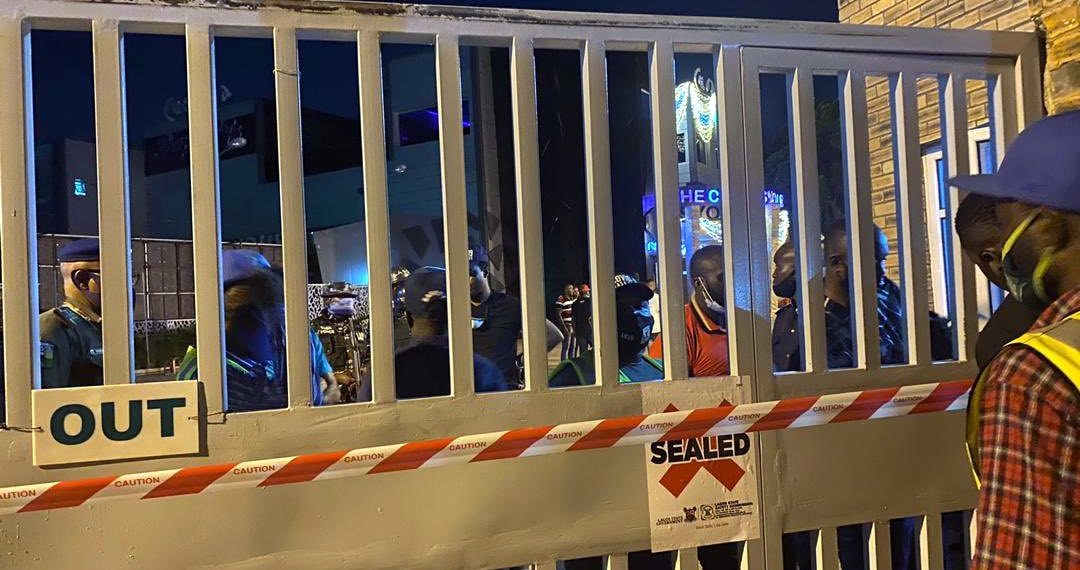 Night club owners have appealed to the Lagos State Government to lift the ban on their business.

The appeal is contained in a statement from the Ministry of Tourism, Arts and Culture in Lagos on Wednesday.

A representative of club owners, Toyin Sonoiki, made the call at a meeting with the officials of the ministry.

Mr Sonoiki, while urging the state government to consider their plight, promised that his colleagues would adhere strictly to all COVID-19 safety protocols.

He added that most of the club owners still pay their staff in spite of the fact that clubs had been shut.

“We promise to work with the government to identify clubs not complying with COVID-19 protocols”, he said.

Responding, the Commissioner for Tourism, Arts and Culture, Uzamat Akinbile-Yussuf, who empathised with the night club operators, said the state government understood the pains and financial losses.

Mrs Akinbile-Yussuf said that practitioners in the night club business need to come together as a unified group for ease of interaction and exchange of correspondence.

The commissioner said this made it difficult for the Ministry of Tourism, Arts and Culture, to relate with them, while also accommodating their position on some salient issues as it affects their operations.

“Because of the fear of another surge in the reported cases of COVID-19 the government is now more circumspect than before.

“The state government will not want its efforts and successes recorded in the stemming of the spread of COVID-19 to be thwarted,” Mrs Akinbile-Yussuf said.

Also speaking, the Special Adviser to Governor Babajide Sanwo-Olu on Tourism, Arts and Culture, Solomon Bonu, said the present emphasis was on regulating the activities of the operators of nightclubs in the State.

Mr Bonu affirmed that some clubhouses were still in operation contrary to the directive from the government, describing the development as very daring and illegal.

Also contributing, the Permanent Secretary in the ministry, Adenike Adedoyin-Ajayi said the state government was willing to keep club owners in business, but was sceptical because of the outbreak of COVID-19.

“Club owners are major contributor to the State’s GDP, most importantly the night economy of Lagos.

“It is our desire to allow you to operate so that you can continue to perform your civic responsibilities, but the situation on ground is dicey, “ Mrs Adedoyin-Ajayi.

The Senior Special Assistant to the Governor, Tunji Seymour, said that the Ministry was prepared to “go hard” on recalcitrant operators, peradventure the governor approves their reopening.

The News Agency of Nigeria (NAN) reports that in a bid to curb the spread of COVID-19, Mr Sanwo-Olu on March 20, 2020, decided to shut night clubs and bars.

The governor said the new order was in place to comply with the large gathering restriction order which the state gave on March 18, 2020.

NAN also reports that on March 7, the state government sealed 11 facilities including event centres, lounges and night clubs among others for contravening COVID-19 directives.