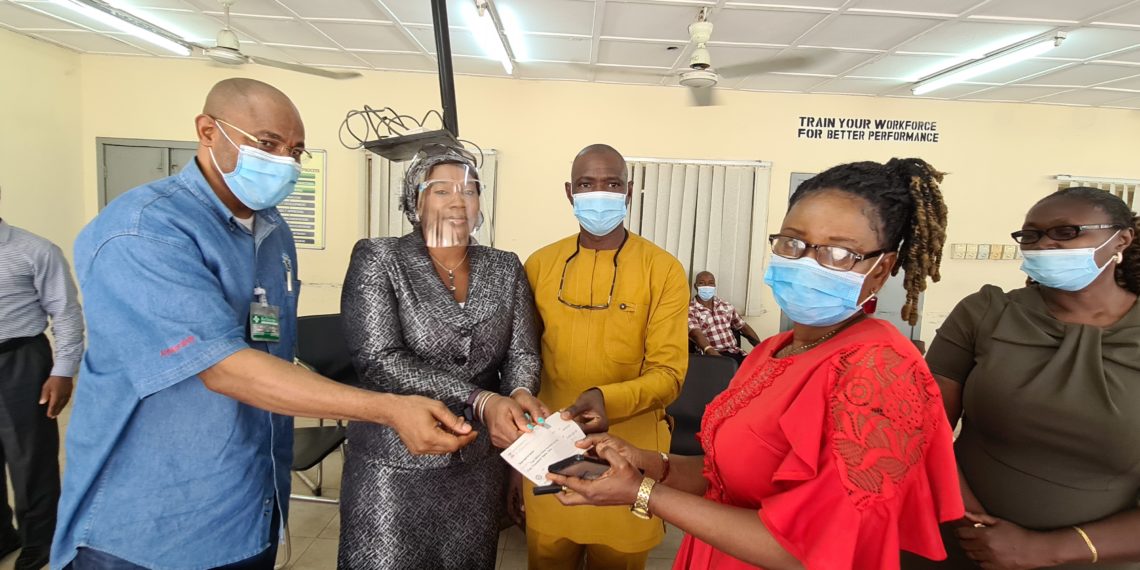 The Red line project, which will link Oyingbo to Agbado, is expected to run on the federal government's Lagos-Ibadan rail line.

The Managing Director, Lagos Metropolitan Area Transport Authority (LAMATA), Abimbola Akinajo, stated this during the presentation of cheques to 21 staff of the Nigeria Railway Corporation (NRC) whose residential quarters at Ikeja are in the way of the rail project and needed to be relocated.

Represented by the Director of Rail Transport, Olasunkanmi Okusaga, Mrs Akinajo said Governor Babajide Sanwo-Olu was concerned about the likely effect the removal of the building may have on the wellbeing of the occupants for the rail project, hence his resolve to provide them with cash to hire temporary accommodation pending the construction of new residential quarters for them by the Lagos State Government.

“In other areas to be impacted by the rail project, we are currently carrying out verification exercises to determine the quantum of compensation to be paid. We do not wish to remove any building without paying compensation to both the house owners and the tenant,” she said.

She confirmed that the contractors to implement the rail project had been mobilized promising that barring any unforeseen circumstances, the Red line rail project would commence passenger operations by the last quarter of next year (2022).

The Red line project, which will link Oyingbo to Agbado, is expected to run on the federal government’s Lagos-Ibadan rail line.

Mrs Akinajo, on behalf of the Lagos State Government, apologised to the occupants of the NRC’s staff quarters for the inconvenience their relocation might cause but noted that in any development, some people would unfortunately be displaced.

The Managing Director of NRC, Fidet Okhiria, who was represented by the Director Administration and Human Resource, Mrs Monsurat Omotayo, described the Red line rail project as part of the state government’s vision for development.

“This is a project that will bring greater good for all of us,” he said adding that the project was in tandem with the Federal Government vision of providing transport infrastructure that best support the aspiration of the citizenry.

No approval yet for private importation of COVID-19 vaccines – Minister