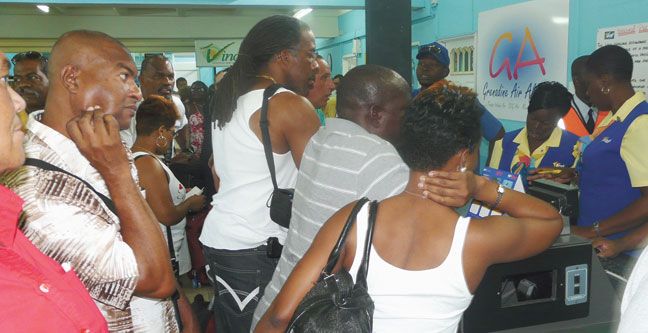 The Nigerian Civil Aviation Authority (NCAA) said on Monday in Ikeja that it received 101,209 complaints from airline passengers between 2008 and 2011.

Harold Demuren, the Director-General of NCAA, said out of the figure, 94,231 complaints were resolved and compensation paid to the affected passengers.

Mr. Demuren made the disclosure in a paper he presented to the House Committee on Aviation which is investigating the fares being charged by international airlines.

Mr. Demuren said that the NCAA, through the directorate, routinely engaged the airlines in its bid to resolve consumer complaints and to underscore the importance of timely departures and arrivals, as well as ticket refunds, overbooking and lost baggage.

He said that the agency had shifted its focus to consumer protection, after it had delivered on the safety and security of flight operations.

“NCAA believes that consumers must receive the best possible service and treatment and at a fair and equitable price.

“This is further enhanced by the Federal Government transformation agenda as seen in the ongoing accelerated improvement of airport infrastructure and promotion of an enabling environment and mechanisms for consumer comfort, satisfaction and redress when complaints arise,’’ he said.

On the British Airways and Virgin Atlantic air fare issue, Mr. Demuren said that the matter had been referred to the Ministry of Justice for further clarification and necessary action.

“At a senior government bilateral meeting between the UK and Nigeria governments, the UK government promised to take a deeper and better look at the issue.

“Since then, the UK Department of Transport has commissioned the UK Civil Aviation Authority to conduct a study which will determine whether there is evidence of abuse in the UK-Nigeria aviation market.

“Nigeria is yet to know the outcome of this study,’’ Mr. Demuren said.