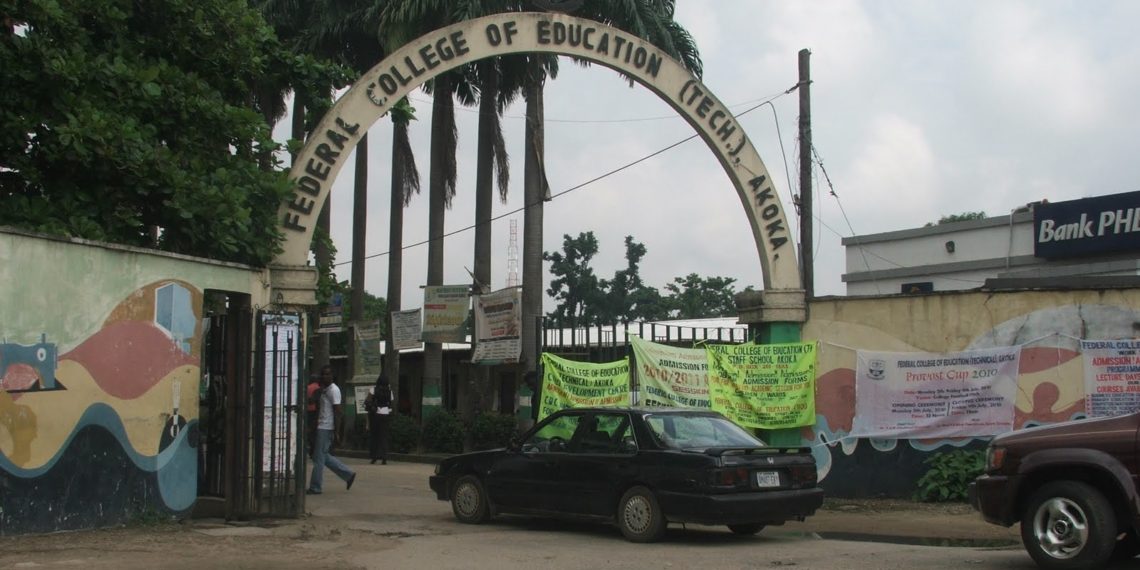 The institution admitted installing CCTV cameras but "not in the rooms, bathrooms or even toilet areas."

The Federal College of Education, FCE (Technical), Akoka, Lagos, says the reported installation of Closed-circuit television (CCTV) Camera in the female hostel of the institution, published March 6, 2021, by a daily newspaper, is not true.

The Provost of the institution, Wahab Azeez, told a press conference on Friday that the report was a damaging publication and unprofessional in all its ramification.

He said the reportage was not true, but acknowledged that some students protested on Friday, March 5, over the ejection of illegal female occupants from the Independent Hall.

“So we are using this forum to correct this impression and other misrepresentation of our College circulated around by Thursday which some News media copied from them and published.

“To clear the air, it is true that some students demonstrated on Friday, March 5, 2021, basically to protest against the ejection of illegal female occupants and not because of what was reported.

According to him, “the purported installation of cameras is still ongoing in public places of the College and not in the female hostel to deny our cherished female students their privacy.”

The Provost emphasised that the College would not allow any criminal and indecent behaviour among the management staff, academic and non-academic staff and students.

He noted that the CCTV came about as a result of attacks of students in the night, especially female students, adding that the publication was not only damaging to the image of the College but malicious.

The Provost pointed out that contrary to the publication and misleading information that the College have 7,000 students cramped in the hostels beyond its capacity of 3,646.

“The students are comfortably accommodated in the College hostel, besides we have rules, regulations guiding the hostels and do not support, encourage illegal occupants or squatters,” he added.

Mr Azeez disclosed out that due to the security challenges, the College processed and obtained TETFund sponsorship to install CCTV cameras on the perimeter fences, buildings including male and female hostels.

“The CCTV cameras are not in the rooms, bathrooms or even toilet areas, meanwhile the installation is underway, yet to be completed and not activated yet, therefore no student privacy can be breached by the system, rather it’s an installation done purely for security reasons,” he expressed.

The President Degree Students’ Union, Adewale Yusuf, applauded the initiative led by Mr Azeez and his team, saying the management has been living up to expectations in making the College environment conducive for learning.

Tributes as another ex-Super Eagles player passes on