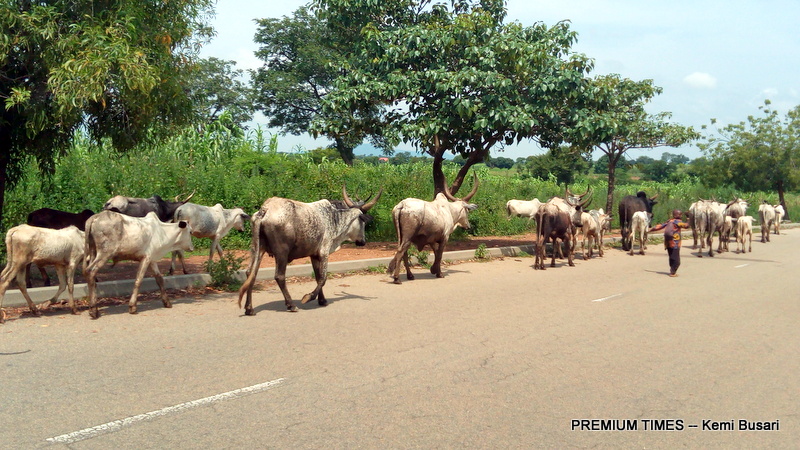 The governor says the equipment were meant only for the Yewa axis, saying that the same measure would be replicated in other parts of the state.

The Ogun government on Tuesday deployed 10 patrol vans and 20 motorcycles in the Yewa axis of the state as part of efforts to check the herdsmen crisis in the area.

Governor Dapo Abiodun, at the vehicle presentation ceremony in Abeokuta, said the measure was a fulfilment of his promise to return peace to the crises-affected areas in the Yewa axis.

Mr Abiodun recalled that when the crisis broke out a few weeks ago, he had constituted a Joint Special Security Intervention Squad as well as a high-powered government delegation to mediate between the two parties.

He also recalled that he promised to support the task force with operational equipment and other necessary support needed to accomplish its task.

“This gesture is, therefore, a step in making good my promise to support the taskforce for the success of its assignment,” he said.

The governor said the people of the area who lived close to the border area of the Republic of Benin usually had difficulties making distress calls in times of trouble.

He explained that the state had been having a series of meetings with telecommunication firms, adding that plans are in top gear to deploy more masts in the area to address the issue.

Mr Abiodun explained that the equipment were meant only for the Yewa axis, saying that the same measure would be replicated in other parts of the state.

Saying that Ogun is widely known for peace, the governor assured that the government will ensure that anyone found sponsoring or perpetuating crime in the state will be severely dealt with.

He called on the people of the state to stop ascribing crime to a particular ethnic group, saying that “a criminal is a criminal regardless of where he comes from.”

The governor said the proliferation of fake news has also contributed to deepening the crises in the area.

He described as falsehood recent reports that no fewer than 5,000 Ogun indigenes have escaped to seek refuge in the Republic of Benin because of the crisis.

“I wonder who took the census and how that can take place without meetings between Nigerian officials and those of the Republic of Benin.

“Some who came to Abeokuta because of the crisis were provided with free accommodation and so I wonder why some people would just sit down somewhere and be cooking up untrue stories,” he said.

Mr Abiodun explained that the state Ministry of Justice has already started working to ensure that there are necessary laws to punish publishers of fake news.

The state’s Commissioner of Police, Edward Ajogun, in his remarks, commended Gov Abiodun “for a promise kept.”

He assured that all security agencies in the state are committed to restoring peace to the area.

According to him, the measure is a warning signal to perpetrators of violence that hard times await them. (NAN)