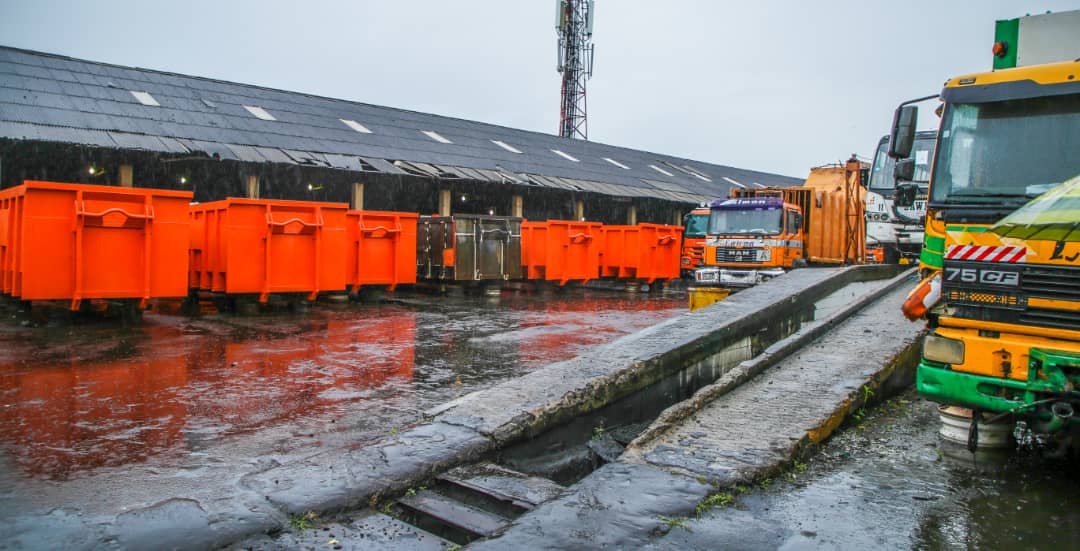 A Volkswagen commercial bus rammed into the parked truck, causing the death of the driver and pedestrians

A Lagos State Waste Management Authority (LAWMA) driver, Olutoyin Tegede, on Monday, appeared before a Magistrates’ Court in Badargy, Lagos for alleged reckless driving and causing the death of a bus driver and three pedestrians.

The police charged the defendant, 57, who lives at No. 30 Aremu Omoniyi St., Ayobo, Lagos, with manslaughter and driving without valid documents.

The prosecution counsel, Uko Ikem, told the court that the defendant committed the offence on February 5, around 11.45 a.m., at Cinac Nursery and Primary School along LASU, Iyana-Iba area of Lagos.

Mr Ikem said the defendant, who drove a LAWMA truck with registration number KSR-25 YC, parked the vehicle on the highway and obstructed oncoming vehicles.

He said a Volkswagen commercial bus with registration number KRD-380 XZ rammed into the parked truck and the driver, Darlington Nwadike, and three others died as a result of the accident.

The prosecutor said the defendant also drove the vehicle on the highway without a valid driver’s licence.

He said the offence contravened the provisions of sections 103 and 001 Road Traffic Laws of Lagos State, 2012.

The Chief Magistrate, Patrick Adekomaiya, admitted the defendant to bail in the sum of N200,000 with two sureties in like sum.

Mr Adekomaiya ordered that the sureties must be gainfully employed.

He adjourned the case until March 30, for mention.