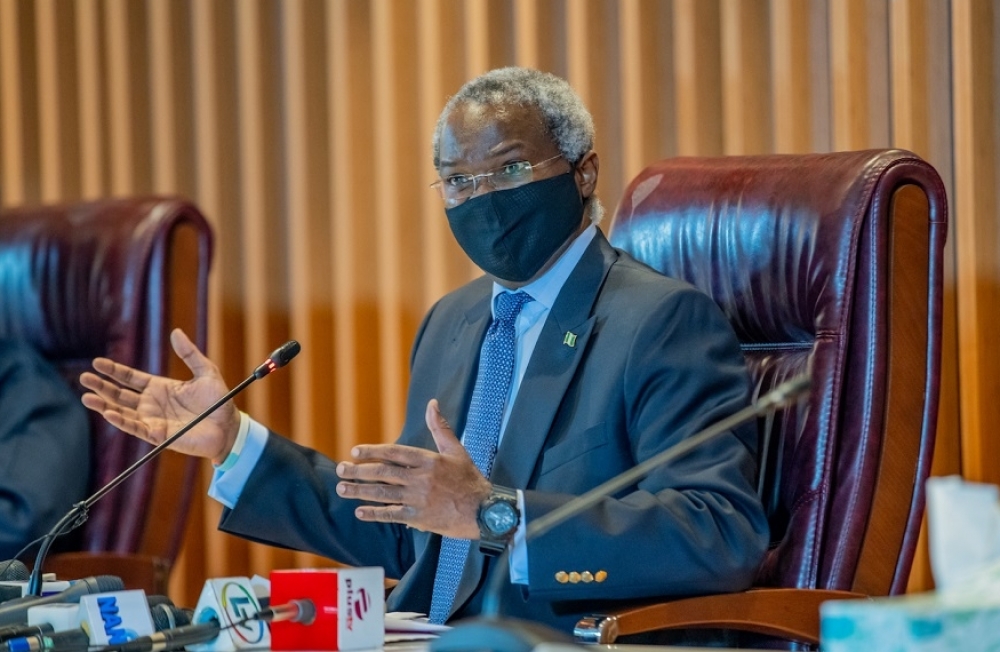 Third Mainland Bridge to be reopened “this weekend’’ – Fashola

The Third Mainland Bridge in Lagos would be totally reopened to traffic ‘’this weekend,’’ the Minister of Works and Housing, Babatunde Fashola, has said.

The News Agency of Nigeria (NAN) reports that Mr Fashola, who gave the assurance during a radio phone-in programme Thursday, did not specify which day of the weekend to expect the reopening.

“I can tell you now that this weekend, it will be opened definitely; my directors are still in Lagos; the major works have now been finished, so let me say that again by way of information.

“Definitely this weekend it will be reopened. I will announce the date toward Friday and the reason why I am holding back the exact date is that we are government.

“Any time we say something, people must reliably be able to plan their lives around what we say,’’ he said.

Mr Fashola said lane markings and finishing touches would be done within the next 48 to 72 hours, adding that the total shutdown of the bridge to happen at midnight on Friday would be the last before the total reopening.

Mr Fashola’s statement came a day after the Lagos State government announced that the bridge would be shut between midnight Friday and midnight Saturday to enable contractors move the equipment used during the rehabilitation process of the bridge.

“The major works have now been finished, the piles, all the joints, all the bearings, everything is done. The last miles now are the works which were not in the contract but we insisted must be done,” the minister said.

“We are asphalting some of the places on the pavement that have been affected by erosion; some of the lane markings have worn away so we want to do that,’’ he said.

Mr Fashola explained that some of the repairs being concluded were not visible because they were underwater, adding that some diversion angles created had to be rebuilt within 48 to 72 hours.

The minister said that some time was lost on the project during the #EndSARS protests in Lagos, adding that the bridge was now safer and better for use, assuring motorists of a smooth driving experience.

He urged Nigerians to visit the ministry’s Twitter handle to get details of construction activities carried out so far on the bridge.

NAN reports that the Third Mainland Bridge, which was going through a series of repairs, was partially shut on July 24, 2020, for another round of rehabilitation.

The repairs, expected to last six months, were extended from January to February because of the #EndSARS protests.

The construction was initially divided into two phases of three months on each carriageway, starting with the Oworonsoki-bound carriageway whose completion dragged to four months.

Traffic was partially diverted on a stretch of 3.5km where construction was on-going between Adeniji Adele Ramp and Ebute Meta, while different time belts were allotted for traffic diversions on the bridge.

The 11.8km bridge is the longest of the three bridges linking Lagos Island and the Mainland.

The bridge starts from Oworonshoki, which is linked to the Apapa-Oshodi Expressway and the Lagos-Ibadan Expressway and ends at the Adeniji Adele Interchange on Lagos Island.

Constructed in 1990, the bridge was the longest in Africa; until 1996 when the Oct. 6Bridge in Cairo was completed.