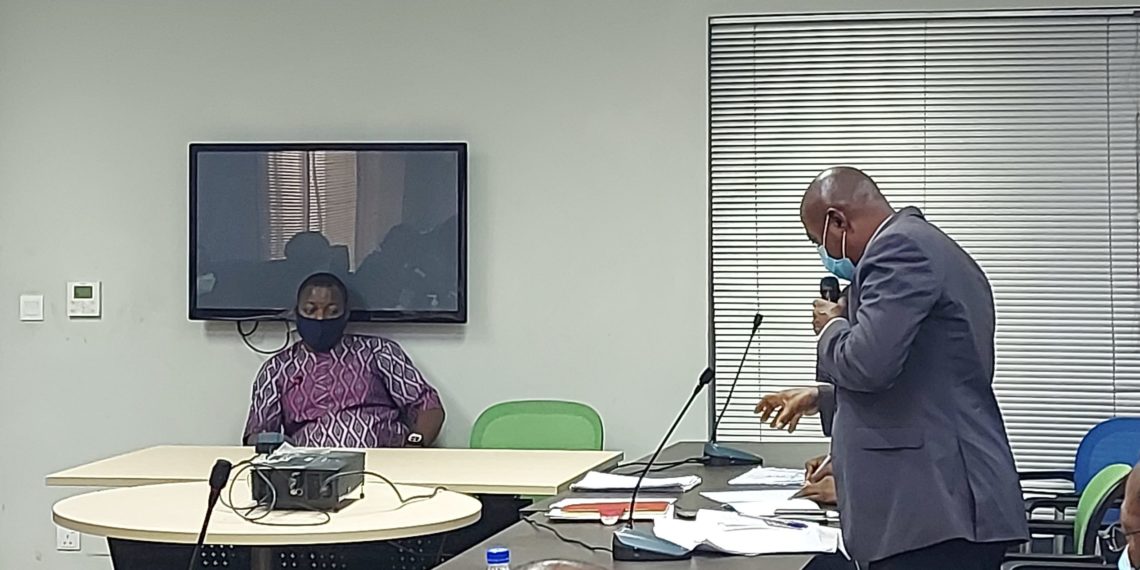 “I was trying to remove my seat belt, the next thing I saw was he landed blow repeatedly on my face. I was surprised, without doing anything, what is my offence? Blood was gushing out of my nose and the blood spilled on the steering of my car.”

A Lagos-based businessman has approached the Lagos State Judicial Panel of Inquiry on cases of police abuses to narrate how police officers brutalised him and collected N1.85 million from him.

Temitope Odebode appeared before the panel on Saturday.

Led in evidence by his counsel, Adeyinka Omowa, the businessman said he encountered the police on December 12, 2007, when he closed from work and was driving home with his friend.

“On getting to the road opposite Ikeja local government, my friend told me he wanted to buy a recharge card and some other things at the nearby shop, so I had to park for him and he left.

“Suddenly, a vehicle filled with police officers double-crossed me where I parked, all of them pointing guns at me for no reason. They came down from the vehicle and approached me, their team leader told me to wind down my glass which I did. He was so cruel at me, asking me different questions.”

Mr Odebode said the police asked him several questions and after he identified himself, he was asked to come down from the vehicle by a police officer leading the team.

“I was trying to remove my seat belt, the next thing I saw was he landed blow repeatedly on my face. I was surprised, without doing anything, what is my offence? Blood was gushing out of my nose and the blood spilled on the steering of my car. I have a picture of this,” he told the panel.

The victim said the police asked him what he had in his vehicle and requested to search his car, but they found nothing incriminating.

“The found money in my car, N1, 850, 000. They said but I told them that there is nothing in my car, they hit me mercilessly. I was trying to explain to their team leader because when they found the money, they didn’t allow me to talk, calling me unprintable names.”

Mr Odebode said the police called him a thief, a fraudster, an armed robber, and “other unprintable names.”

He told the panel that he sells computers and home appliances and has a shop at Computer Village in Ikeja where he has been doing business for over 18 years.

“I own business venture outfits, I am a businessman, in fact, an international businessman. They did not listen to me, one of them hit me with the bottom of the gun, broke my head and jaw that night. I fell on the floor, they did not pity me, I was almost unconscious.

“While I was still on the ground, one of the officers pointed a gun at me and said I will kill you now, today, you will die. I almost passed out that night and they went away with the money,” he said.

Mr Odebode said that shortly after the officers left the scene, his friend returned from where he went to buy items and was surprised to find him on the floor.

“I could not talk again, all my teeth had shifted from the gum of my mouth, it was my friend with the help of passersby that rescued me and took me to Area F Police Station to report.”

The victim said when his friend and other rescuers tried to lodge a complaint on his behalf to a police officer on duty, the officer did not attend to them until they insisted to see the Divisional Crime Officer.

“It was the DCO that issued a police medical form and instructed them to take me to General Hospital, Ikeja.”

He said the doctors at the hospital were overwhelmed with casualties and could not attend to him, so they advised that he be taken to Igando General Hospital that night, where he was, thereafter, admitted and treated.

The victim said he went to Isolo General Hospital the next day, where his jaw was reconstructed and his teeth wired.

Mr Odebode tendered medical documents and receipts, pictures of the wounds he sustained to the panel. They were admitted as exhibits.

He narrated to the panel that he spent so much money treating himself and needs adequate compensation for what he went through.

During cross-examination, Joseph Eboseremen, the counsel to the police, asked if the petitioner could recognise any of the officers or went back to Area F to report.

“I did not go back to Area F, I was scared for my life, I was really afraid, this is Nigeria,” the complainant said adding that he could not recognise any of the officers.

“I suggest to you that those that assaulted you are thugs, they are not police officers,” Mr Eboserem asked.

“I equally put it to you that it was ‘two-fighting’ between you and those that you said assaulted you,” the police counsel further queried.

Mr Odebode responded in the negative, emphasising that about six police officers brutalised him.

Following the cross-examination of the petitioner, Doris Okuwobi, the chairperson of the Judicial Panel adjourned the matter till March 16.

that about six police officers were at the scene and he was brutalised by them.

Following the cross-examination of the petitioner, Doris Okuwobi, the chairperson of the Judicial Panel adjourned the matter till March 16.

One month after SSS operatives allegedly killed police officer, agencies yet to act

38 convicted in Edo for riding tricycles without permit