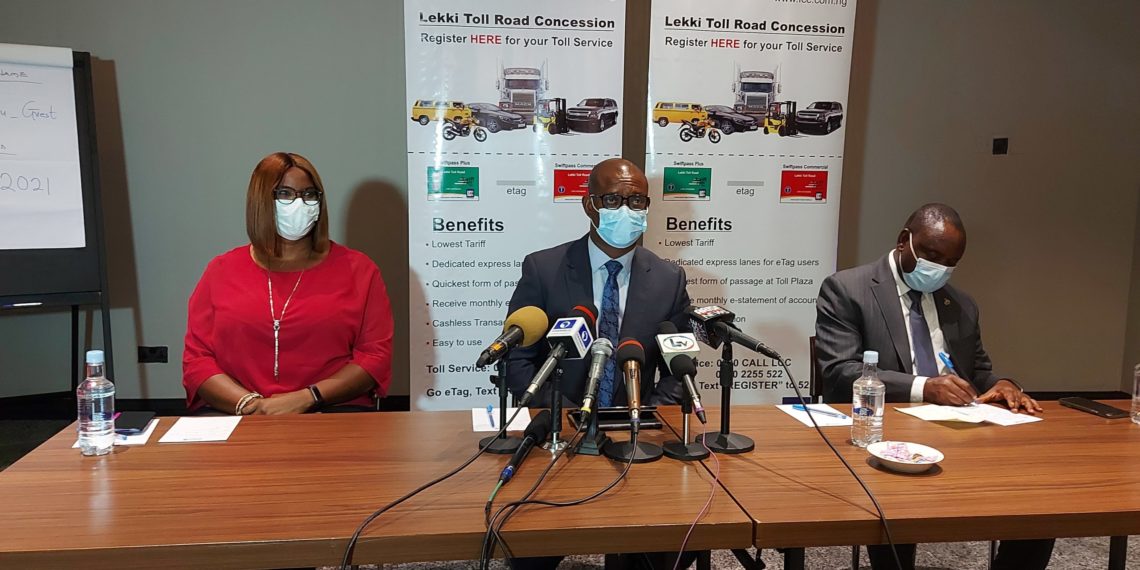 LCC says it is owing debts in local and international banks to the tune of N11.5 billion and $31 million respectively as of 2020.

The Lekki Concession Company (LCC) said the company needs to reopen the Lekki Tollgate to be able to retain its staff and pay pending debts.

Yomi Omomuwasan, the LCC manager, said this at a press conference in Lagos on Monday.

Mr Omomuwasan said the company was owing debts in local and international banks to the tune of N11.5 billion and $31 million respectively as of 2020.

“As at 2011, we had a balance of about 24 billion in naira owed to local banks and 49 million dollar owed to an international development bank,” said Mr Omomuwasan.

“Through the operation of the toll progressively, payments are being made. It is on record, the company borrowed money and we keep mentioning areas where people can verify. They are local banks, Nigerian banks, they have names and have records.

“There is no way a company can lie that we are owing when they are not owing,” he said.

The manager further said the company was badly affected by COVID-19 pandemic and led to the inability to make payments during the period, which they had to explain to the banks.

Mr Omomuwasan said it was not right for the LCC to be shut down forever following the #EndSARS protests and related events.

“There is nowhere in the world where an event happened at a place and you close it forever,” he said.

The manager added that about 500 of the company’s staff that were asked to stay at home since October 6, are anxious about being back in their jobs.

“90 per cent of them are youths and asking if they will be back in their jobs, this is another reason the company needs to return to operations,” he said.

Some members of the panel had alleged that the LCC hid some information from the forensic expert and impeded him from giving a forensic report on the incident of October 20, 2020.

“This is also part of the misinformation that we see in the public space. We were at the panel from October to February 6, that about four months that we spent with them. They asked us several questions about the camera and we took time to explain to them,” he said.

Speaking on the extent of cooperation with the forensic auditor, Mr Omomuwasa said the company cooperated with the auditor based on the content of the letter addressed to the company by the judicial panel.

“When we received a letter from the panel, the letter said that the focus of the forensic audit was the place where the incident occurred and not the camera at all.

“But we were surprised when the man came and said he wanted to go into our systems, by systems, we mean the LCC systems and servers. We took time to explain our understanding of the matter and he left, that is where we left the matter,” the manager said.

Mr Owomuwasan said if the forensic auditor thought that he still wanted to see the server, the company expected him to go back to the panel and change the focus of the letter.

“The letter that we have is limiting his work to the scene, that is why we explained to him that it had nothing to do with our servers or the camera systems, he said.

Mr Omomuwasan said the LCC was only invited to assist the panel on the investigation of the shooting that occurred on October 20, 2020, and that the company was not a party.

He added that there was never an order shutting down Lekki tollgate, but the company only stopped operations in the interest of peace.

“We believe there may be some things that will be important to the panel by the way of forensic audit on the scene, and we agreed that pending when this forensic audit will be done, we will not go there to do anything, because going there for us would mean clearing some burnt items, removing some certain things, calling on our insurance company to do some evaluations and calling our engineers to do some things.”

“There was not a time when we were given a preventive order, an order saying LCC cannot resume operation. We just agreed to work together in the interest of peace to allow some certain facts which some people think in their own arguments may be there,” Mr Omomuwasan said.

The manager said the LCC was not surprised that as soon as the forensic evidence was completed, they were allowed to repossess the toll plaza.