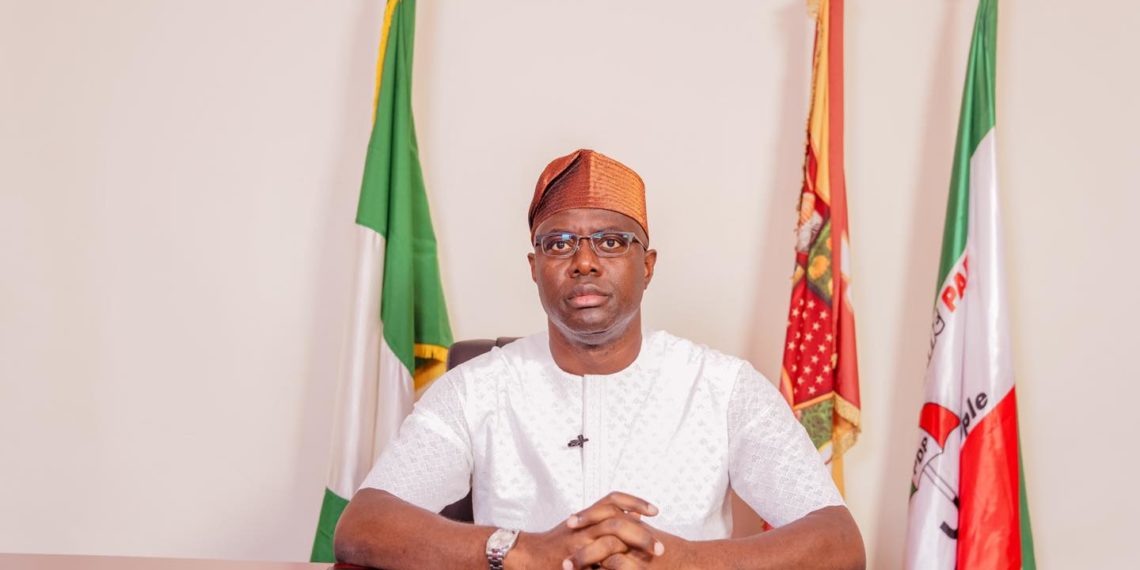 The governor says a College of Agriculture and Natural Sciences campus of LAUTECH would be opened in Iseyin, Oke Ogun.

Governor Seyi Makinde of Oyo State has pledged to begin processes to make Ladoke Akintola University of Technology (LAUTECH), Ogbomoso, a conventional university where courses outside technology would be offered.

Mr Makinde said this on Thursday after receiving the report of the state negotiating committee on the institution at his office in Agodi, Ibadan, Oyo State capital.

This comes months after the government and its counterparts in Osun State agreed that Oyo State should be in charge of the institution following a history of industrial action over non-payment of workers’ salaries.

Mr Makinde said since the LAUTECH Ogbomoso 2020 Bill had been signed into law, the state would apply to necessary authorities to change the university from a technology university to a conventional university.

According to the statement sent to PREMIUM TIMES by the governor’s spokesperson Taiwo Adisa, a College of Agriculture and Natural Sciences campus of LAUTECH would be opened in Iseyin, Oke Ogun.

Mr Makinde applauded the committee, led by Ayodeji Omole (Oyo), and Olu Aina (Osun) for ensuring that Oyo takes ownership of the school.

“You will recall that I promised that we will announce the creation of a higher institution of learning in Iseyin. A decision has been taken and that decision is that the College of Agriculture and Natural Sciences will open its campus in Iseyin this year.

“When we inaugurated this committee on November 27, 2019, we were barely six months in office. We gave the members a clear mandate: to secure a divorce from Osun State in a manner of speaking and get Oyo State sole ownership of LAUTECH. Today, I am happy to officially receive your report. I see that you have returned as brave warriors, having fulfilled your mandate.

“On behalf of myself, the Oyo State Executive Council, the staff and students of LAUTECH, the people of Ogbomoso in particular and the good people of Oyo State as a whole, we say thank you for getting the job done.

“Even, when we were on the campaign trail, we had always known that there were no two ways around resolving the incessant strike actions and other issues related to LAUTECH ownership. We had several engagements with stakeholders. We were not insisting on parting ways because we do not love our brothers and sisters from Osun State. As I have said on several occasions, this severance of relationship is not going to negatively impact the students and staff from Osun State but it had to be done for the sake of easier administration and to move LAUTECH, as an institution, towards our goal of a world-class university.

“In fairness to all, this was the only solution. So, let me, once again, use this opportunity to thank my brother, the Executive Governor of Osun State, His Excellency, Governor Gboyega Oyetola, for putting aside all differences, especially partisan politics all through these negotiations. We appreciate his applying wisdom in taking his time for what is best for the staff and students of LAUTECH,” Mr Adisa quoted his principal to have said.

Speaking further, he said “I want to commend the versatility of the NUC on the negotiations. I am pleased to say that I have signed the LAUTECH, Ogbomoso Bill 2020 into law. So, it is now time to move forward with our plans. We will apply to the NUC to convert from a University of Technology to a conventional university, so that a course such as law can be taught at the institution. A lot has gone into the report and we want to give you the assurance that, even though the assignment is finished, we will continue to call on you either individually or collectively to keep on advising us on the path forward for LAUTECH”, Mr Makinde said.

Too Much Ado About Fulani Ethnic Profiling, By Majeed Dahiru

Too Much Ado About Fulani Ethnic Profiling, By Majeed Dahiru