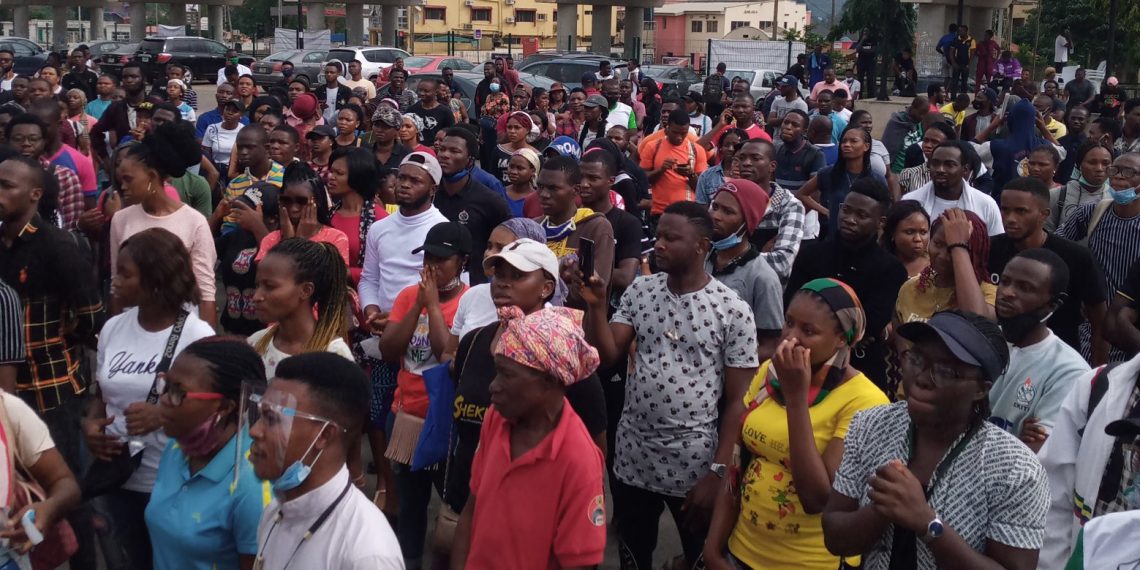 The Ekiti Judicial Panel of Inquiry probing alleged cases of rights violations and brutality against operatives of the disbanded Special Anti-Robbery Squad (SARS) says it has received 22 petitions within one week from members of the public.

The Chairman of the panel, Cornelius Akintayo, made the disclosure on Thursday in Ado Ekiti at the commencement of the hearing of the petitions.

The News Agency of Nigeria (NAN) reports that the panel had held its inaugural sitting on November 2 in Ado Ekiti.

Mr Akintayo appealed to petitioners to assemble their witnesses so that all the matters pending before the panel could be heard on time.

NAN reports that all the 22 cases had earlier been mentioned before the panel and that only the case of one Daramola Olusola, a native of Ire-Ekiti, residing at Lane 3, Owode quarters, Ado Ekiti, was heard, with two others mentioned.

He had alleged that his car was vandalised by hoodlums during the EndSARS protest on October 19 in the state capital.

The petitioner, while giving graphic details of his experience, said: “On that day, I wanted to make some purchases. I drove out in my Peugeot 505 saloon car when I met some protesters at Dallimore junction who mounted barricades and behaved in a fiercer manner than the one I had earlier experienced.
“I then parked my car by the roadside and trekked to Okesa market but by the time I came back, my car had been vandalised. The body of the car and the windows had been smashed.
“When I did the rough estimate of the damage, it showed that it would take up to N150,000 to fix the vehicle and I will be glad if the government can ameliorate the pain by helping me fix the car back,” he lamented.

The chairman of the panel told the complainant to bring the vehicle and its particulars on November 10, for assessment.

The panel also heard the case of Adekunle Ayaga, allegedly shot by a police officer during a rally in Ilawe Ekiti, headquarters of Ekiti South West Local Government area in 2009.

Also mentioned was the case of the murdered Seyi Fasere, a student of Ekiti State University (EKSU, who was allegedly shot by the police during a robbery operation on the Oye-Ilupeju road on February 28, 2013.

A counsel, Emmanuel Akinosi, who represented Mr Fasere’s parents, Joseph and Florence Fasere, said that 10 witnesses would be called to testify against the police to prove the case.

He said that two of them, a ballistic expert from Lagos and a medical doctor, who provided the autopsy from the Federal Teaching Hospital (FETHI), Ido Ekiti, would be requested to be subpoenaed.

Mr Akinosi stated further that an Ado-Ekiti High Court, presided over by Justice Ogunyemi, had in its judgment of November 25, 2014, awarded N6 million damages and ordered the police to tender public apology in two national dailies.

He, however, said that the judgment had yet to be complied with till date.

The panel adjourned the two cases till November 10 for hearing.