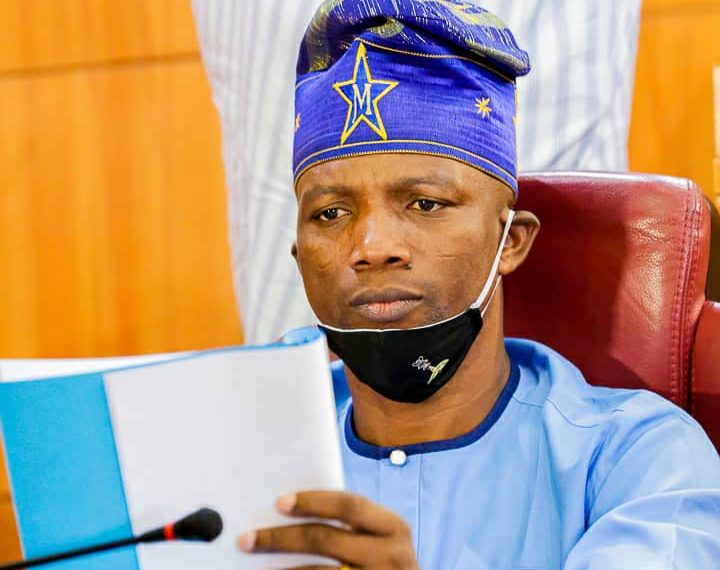 Violence has continued to spread to other communities within Ifako-Ijaiye, such as, Oja Oba, Agric, Panada, Elere, Iju, Station, Akute, Alamutu, Obawole among others, and residents are no longer safe."

A Lagos lawmaker, Rasheed Makinde, on Thursday, raised concern over bloody violence, burning and looting in Ifako-Ijaiye area under the disguise of #EndSARS protests.

Mr Makinde, representing Ifako-Ijaiye Constituency II in the Lagos State House of Assembly, said in a statement that scores had been killed in Fagba, Iju and Abattoir areas in the clashes which had assumed ethnic dimensions.

“The #EndSARS protest has taken another turn in Ifako-ijaiye Constituency 1 and 2 as dozens of people have been feared dead and hundreds sustaining degrees of injuries. Property is not spared, dozens of tricycles and two trucks were burnt.

“In what looks like a season film which end is not in sight, violence has continued to spread to other communities within Ifako-Ijaiye, such as, Oja Oba, Agric, Panada, Elere, Iju, Station, Akute, Alamutu, Obawole among others, and residents are no longer safe.

“We need help – the Army, the anti-riot policemen, and other security architecture need to be deployed to Fagba now as the situation here is degenerating into communal and ethnic crisis.

“Nobody is safe, nobody has a deep sleep since the last 48 hours, we are all in panic. I have received different footages and reports, I saw video of children being killed, mother being massacred and youths are now taking laws into their hands.

“My constituency is burning and I cannot be here as their representative and pretend as if all is well, when my people are being killed,” Mr Makinde said.

The lawmaker said that he had sued for peace repeatedly by calling Seriki Hausawa, Fulani and others in Abattoir as well as the three baales in the affected areas.

He said that the Serikis and Baales kept assuring him of peace “but that is not enough, I need the presence of security agents here right now before they finish all my people.”

According to him, another fear is the danger the arson poses to the NNPC gas pipeline in the axis.

The lawmaker appealed to all aggrieved factions and OPC over the death of one of their leaders popularly known as ‘Confirm’ to give peace a chance and allow for dialogue.

The News Agency of Nigeria (NAN) reports that the #EndSARS protest in Lagos took another dimension on Tuesday’s evening when soldiers allegedly shot protesters defying curfew at Lekki Toll Gate.

The development escalated violence in Lagos on Wednesday when the aggrieved youth began massive destruction and razing down of public and private facilities and vehicles, including the invasion of the palace of Oba Rilwanu Akiolu, the Oba of Lagos.