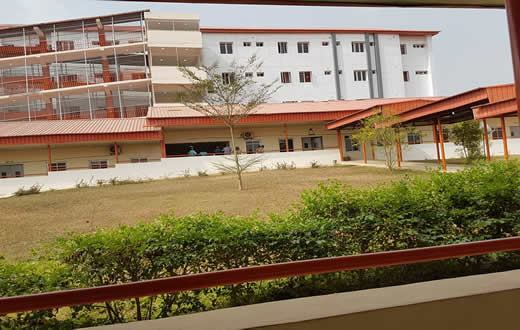 The University of Medical Sciences(UNIMED) in Ondo, has been shut down following fears arising from the increasing EndSARS nationwide protest.

A circular signed by one Ezekiel Adeniran on behalf of the Registrar on Tuesday stated that the Vice-Chancellor, Adesegun Fatusi, had directed the institution’s closure.

“Following the ongoing nationwide protest, the Vice-Chancellor, Professor Adesegun Fatusi on behalf of the University Senate, has directed that the university should be closed with immediate effect,” the circular dated October 20, 2020, stated.

“The above information is for the strict compliance of all students as they are requests to vacate the university premises immediately for their safety and protection.”

EndSARs protesters had poured out into the streets of Akure and Ondo City on Tuesday morning barricading major roads and creating difficulty for vehicular and human traffic.

Meanwhile, the Ondo State Governor, Rotimi Akeredolu, has set up a judicial panel of inquiry on police brutality, urging the protesters to take advantage of the opportunity to submit memorandum on police violations of their rights. The judicial panel would be inaugurated later on Tuesday.

According to the Commissioner for Information, Donald Ojogo, the panel is headed by retired judge, Salisu Adesola Sidiq, and would look into all complaints by members of the public on alleged illegal activities of officers of Nigeria Police Force in Ondo State.

Its terms of reference are “to receive and investigate complaints of police brutality or related extrajudicial killings by the police in Ondo State, to evaluate evidence and conclude the validity of complaints, and to recommend compensation and other remedial measures, and carry out any other assignment that may be deemed necessary pursuant to this purpose.”

The panel has six months to conclude the assignment and submit a report.

INTERVIEW: Why Nigeria should invest more to save millions of children from malnutrition — Country Director, Gates Foundation