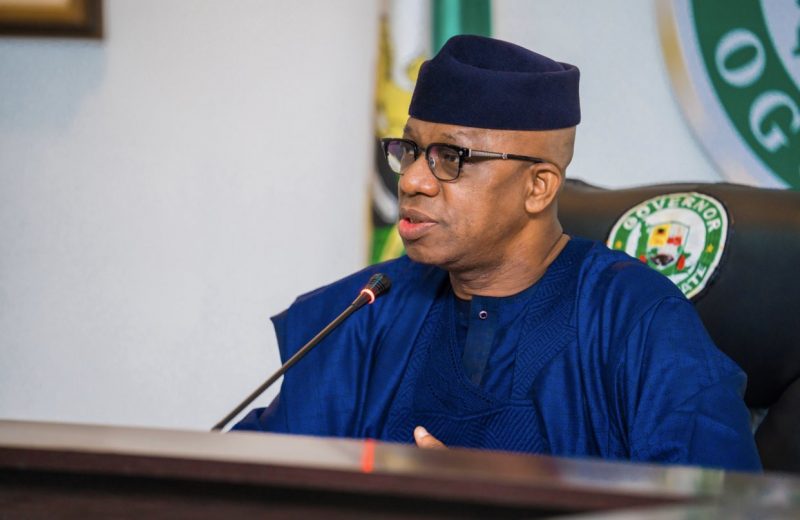 The governor also set up committees, which will be inaugurated next week.

The governor of Ogun State, Dapo Abiodun, has set up the Judicial Panel of Investigation to try alleged cases of Police brutalities against citizens of the state.

The governor appointed Justice Solomon Olugbemi (retired) as Chairman of the Judicial Panel.

According to a statement signed by Kunle Somorin, the Chief Press Secretary to Governor on Saturday, the appointment was in line with the resolution of the National Economic Council at its meeting on Thursday.

“The virtual meeting presided over by Yemi Osinbajo, with State Governors participating directed each State Governor in consultation with relevant Federal Agencies to take charge of interaction with #EndSARS protesters, & as much as possible address their legitimate concerns.

“The National Economic Council (NEC) also directed each State to set up Victims Support Fund to “enable payment of monetary compensations to deserving victims” of such alleged brutalities.

Following these directives Mr Abiodun, in a statement issued in Abeokuta, gave the list of members of each of the committees and their mandates as follows:

Members of Judicial Panel of Investigation:

The Committee is to receive and investigate complaints of Police brutality, human rights violations or related extra-judicial killings; evaluate evidence presented and recommend compensation and other remedial measures, where appropriate.

Members of the Special Security and Human Rights Committee: Dapo Abiodun; Governor of Ogun State (Chairman), Heads of the security agencies in the State, Head of any special tactical unit of the Police in the State charged with fighting armed robbery & other violent crimes and Babatunde Adeluola, representing the youth.

This Committee is charged, amongst others, with the task of ensuring the protection of the rights of citizens by all security and law enforcement agencies; monitor the prosecution of any officer indicted by the Presidential Panel on Police Reforms and entertain complaints of human rights violations from the State’s Human Rights Complaints Office.

The Committee will facilitate easy access of complainants to prompt attention and assistance and give regular reports to the Special Security and Human Rights Committee for action.

A seed fund of Fifty Million Naira only (N50m) has been set aside as start-up amount to enable payment of monetary compensation to deserving victims.

In addition to the above initiatives agreed at the NEC meeting, the Governor announced the setting up of Ogun State Human Rights Complaints Reporting Portal that will be accessible to all citizens of Ogun State to upload documentary and audio/video evidence of cases of abuse.

He also added that Ogun State will be establishing a Forensic Laboratory to aid and support police investigations and crime scene management.

Furthermore, the State will invest in the continuous training of police officers on investigation best practices, community policing and intelligence gathering.

The statement added that Mr Abiodun reiterated his government’s commitment to the protection of human lives and properties.

He assured citizens that the committees need to be allowed a chance to activate measures to end human rights violations and compensate victims of previous abuses.

The Committees will be inaugurated next week.