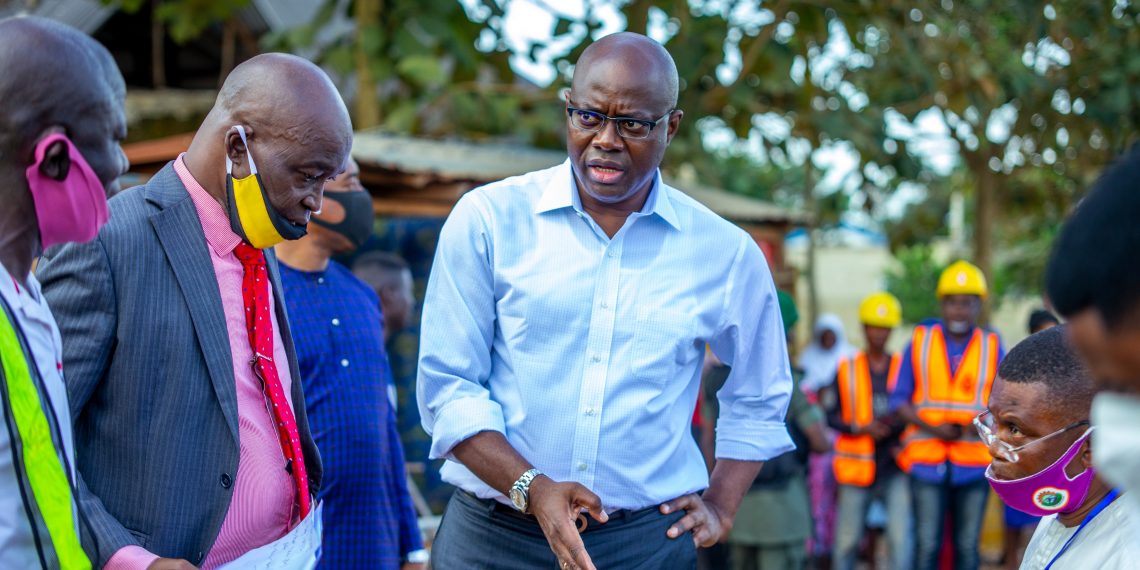 The Ajimobi administration had previously awarded the contract for over N8 billion and paid the contractor N3 billion.

The Oyo State Government, on Tuesday, re-awarded the 9.7km Saki township road, which was awarded four years ago by a former governor of the state, the late Abiola Ajimobi.

The re-award of the project was made public at the end of the weekly State Executive Council meeting held on Tuesday in Ibadan.

According to Mr Olaleye, the contract had been re-awarded to Messrs Peculiar Ltd for N4,796,000,000 and was expected to be completed within 12 months.

He said that the Ajimobi administration had previously awarded the contract for over N8 billion and paid the contractor N3 billion.

According to him, at the point of revocation of the contract on September 9, the contractor had only executed work to the value of about N1 billion.

Also, Mr Oyewo said the executive council also approved N84 million for the purchase of a fire truck as part of the efforts to upgrade the airport at Alakia in Ibadan.

According to him, the purchase of the new fire truck will enhance efforts of the airport management to attend to all fire emergencies in the airport.

He said that the fire truck at the airport had become old “and cannot meet up with the vision of the Oyo State government to have the Ibadan airport upgraded.

“The new ministry will have seven departments, which are Grid Extension and Urban Electrification, Embedded Power, Solid Minerals, Oil and Gas Services, Administration and Supply, Finance and Accounting, as well as Planning, Research and Strategy.

“The bill will be forwarded to the House of Assembly for passage into law,” Mr Oyewo stated

Mr Ashamu also announced that the executive council had resolved to award the Gedu-Ashipa road in Oyo town, for N2.9 billion, under the Alternative Project Funding Approach.

Mr Ashamu explained that the contractor would execute the project with his money and the government would pay back the money to the contractor before the end of the current administration. (NAN)