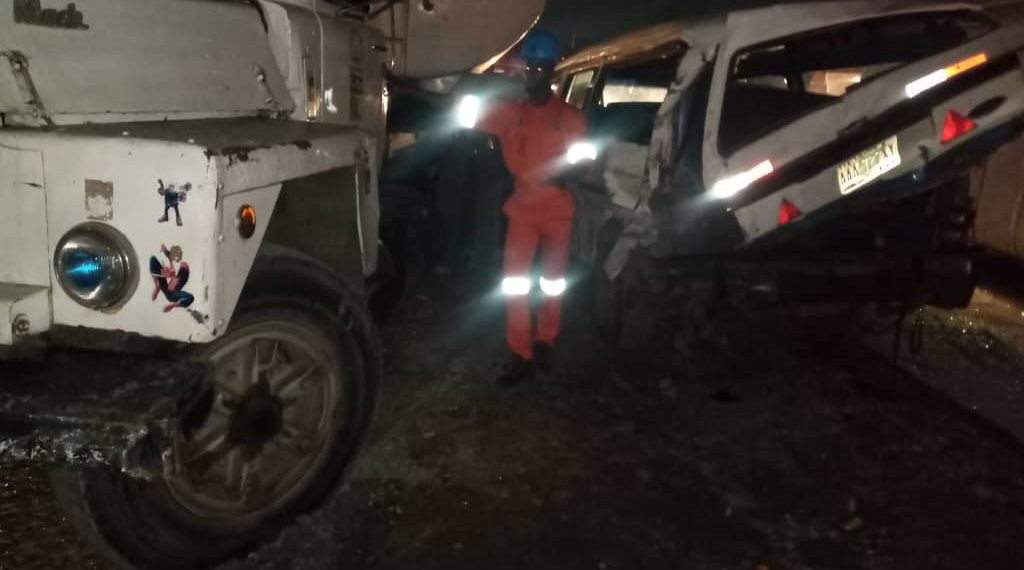 Tanker loses control and collides with five vehicles in Lagos

The accident occurred at the Anthony area of Lagos

The Lagos State Emergency Management Agency (LASEMA) has recovered five vehicles in a multiple-car accident that occurred on Monday night at Anthony, inward Gbagada part of the state.

Giving an update on the accident, Nosa Okunbor, the spokesperson of the agency, said the agency evacuated “a fleet of vehicles involved in a multiple accident at Anthony.”Tanker loses control, collided with five vehicles

The multiple-car accident was attributed to a loss of control by a loaded tanker which collided with five other vehicles.

The agency said there was no loss of lives, nor were injuries sustained in the accident. 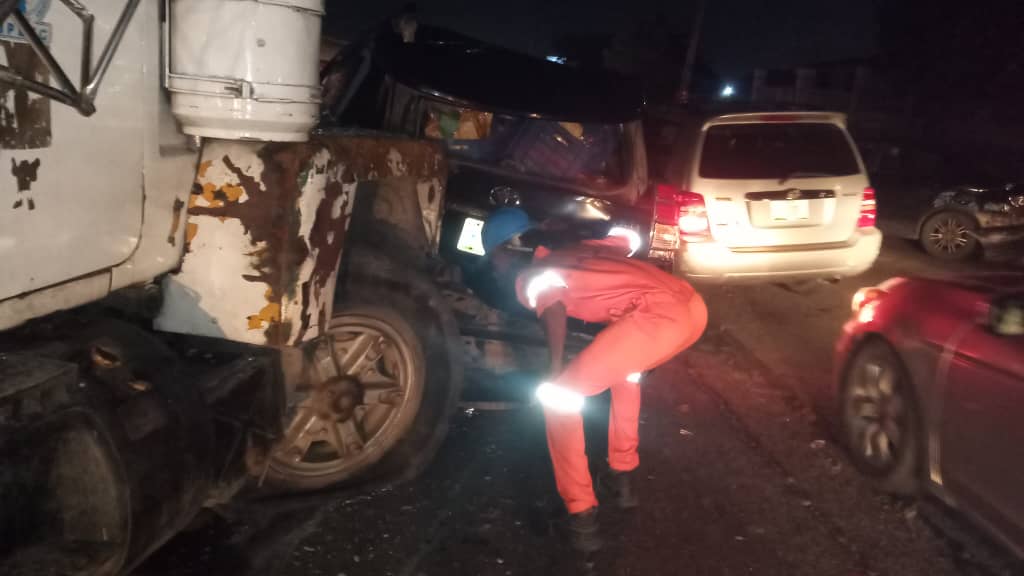 This is coming less than 12 hours after a train accident in Lagos which claimed two lives, with others injured.

According to the spokesperson, “the agency received distress calls concerning the above mentioned incident and activated its response team.

“Upon arrival at the scene of incident, it was discovered that a loaded tanker with registration number EPE 359 XN lost control while on motion and collided with fleet of vehicles.” 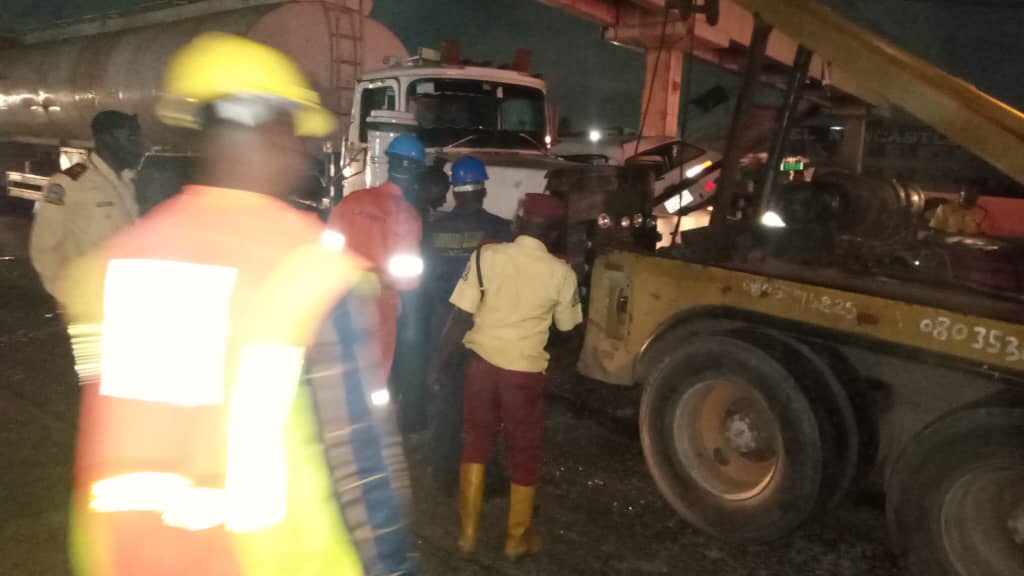 “However, no loss of life or injury sustained. The truck has been recovered off the road and towed to LASTMA yard while all vehicles is being towed to Pedro Police Station.

“LASEMA Response Team, LASTMA, Police and LASAMBUS were responders at the scene working together to evacuate the accidented truck and vehicles off the road to restore normalcy along the axis and prevent any secondary incident.

“All accidental vehicles have been recovered off road. Road now free for vehicular movement,” the agency said. 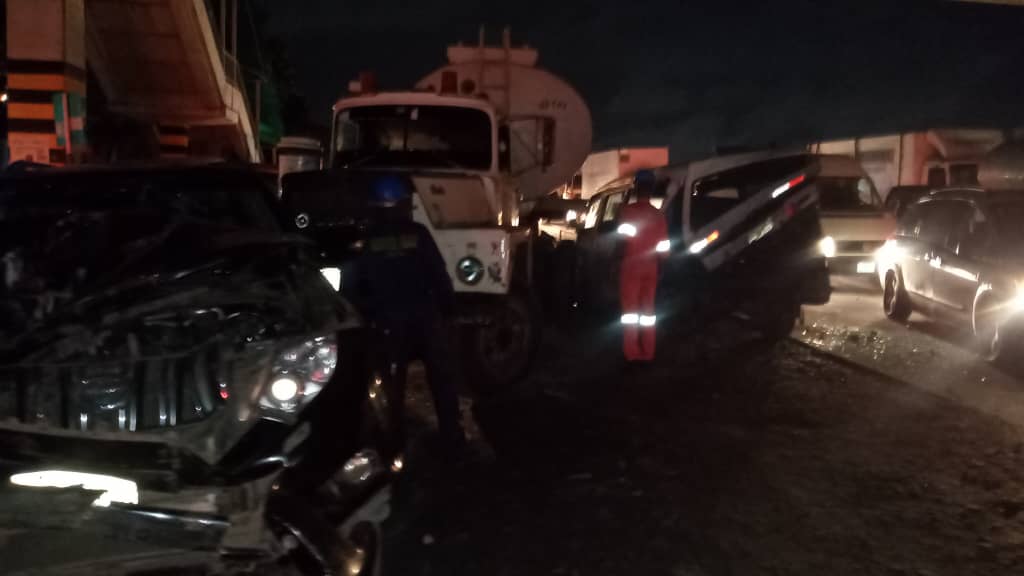 EPL: Chelsea start season with away win over Brighton