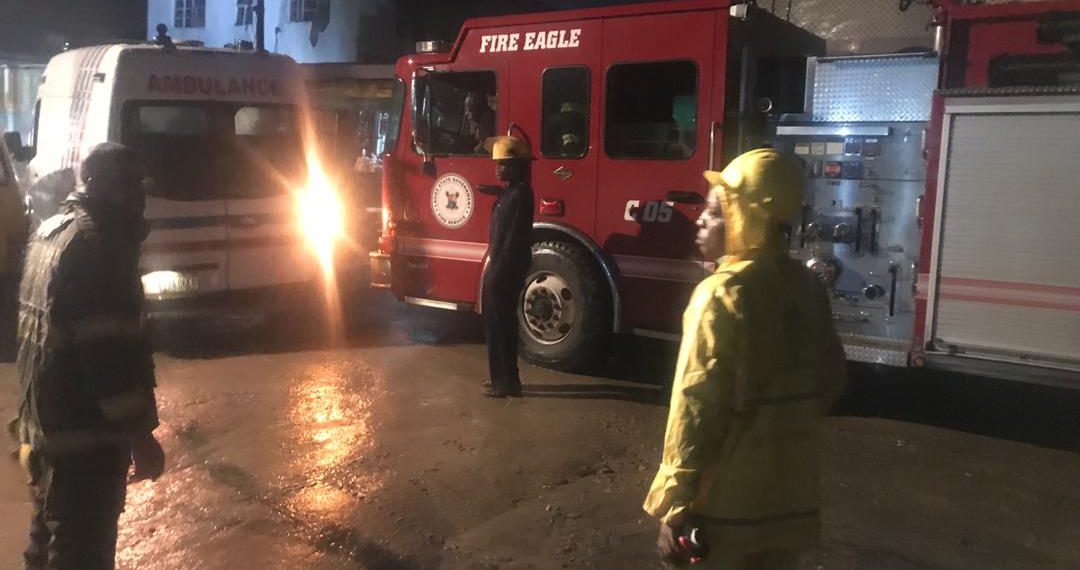 First responders on the scene of the incidence

Two yet-to-be-identified children have drowned in a flood at Ketu, Lagos, during heavy rainfall on Saturday.

The incident occurred at Oyebanjo Street, Ketu area of the metropolis.

The children are yet to be found at the time of this report.

“The agency received distress calls concerning the above. On arrival at the scene of the incident, it was discovered that around 8 p.m., two children had been caught up by flood water.

“A joint team of responders comprising agency responders, LASG Fire Service and LASAMBUS were at the scene. The agency’s Tiger team commenced a search and rescue operation along the path of the floodwater.

“Initial observations revealed a sloping topography with a direct channel of drain water into the canal. This has proven to be rather challenging to navigate.

“Members of the public are urged to exercise extreme caution, particularly with young children, in flood prone and low lying areas,” the agency said.

A rescue operation is ongoing, it said.

PREMIUM TIMES reported in June that a four-year-old girl and a 17-year-old girl were swept away by flood in Lagos during the heavy rains in June. The bodies of the children were later recovered by the agency.