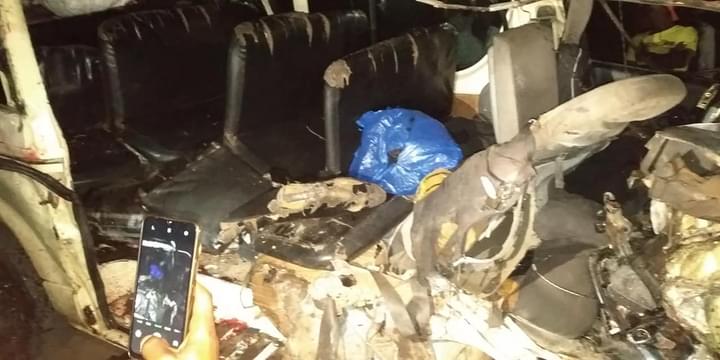 A total of 11 people were also severely injured and currently receiving treatment at different hospitals in the state, PREMIUM TIMES learnt.

This newspaper gathered that the accident occurred after the brake of a truck failed and rammed into some vehicles on the roadside.

A witness, Tobi Agboola, told our correspondent that the victims died immediately after the accident.

“The accident occurred around 8:30 p.m. yesterday after a truck lost control. The brake failed and it cost the death of three people immediately.

“Others who were also injured in the accident were rushed to hospitals”, he said. “The truck rammed into some vehicles on the roadside and spoilt them beyond repair.”

Another witness, who simply identified herself as Shade, told this newspaper that “many people were involved in the accident. Three are already dead while others are receiving treatment”.

Meanwhile, the Ondo Command of the Federal Road Safety Corps, in an interview, confirmed the death of three and also admitted that 11 are currently receiving treatment in hospitals.

The command’s spokesperson, Tola Ogunbanwo, said “it is true that the accident killed some people. Already, there are three people confirmed dead and 11 injured. ”

“There was brake failure of one of the vehicles involved.”