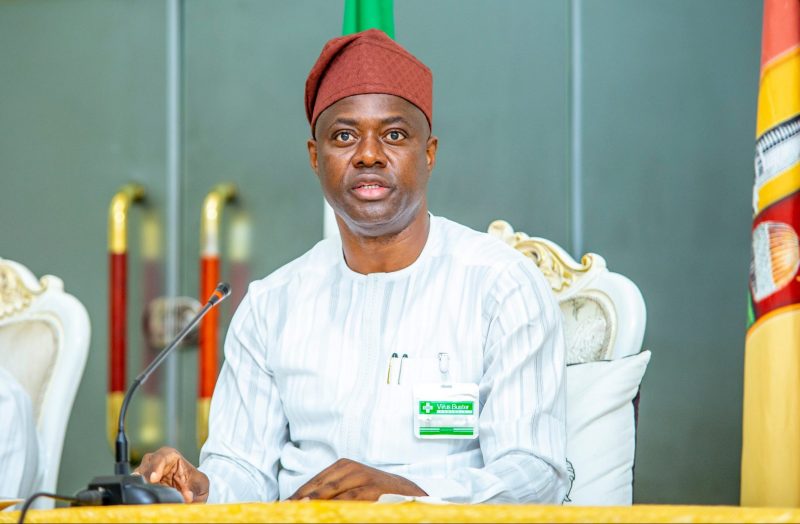 Governor Seyi Makinde of Oyo State has directed caretaker chairpersons of the 33 local government areas and the 35 local council development areas to set up security committees to tackle insecurity in the state.

Mr Makinde gave the directive at a meeting with the caretakers in Ibadan.

He said that reports of criminal activities in some areas in the state were not acceptable to his administration.

The governor said that the biggest challenge facing the state and the country was insecurity.

The governor spoke after a middle-aged man returning from a bank was killed by armed robbers on a road close to the Government House in Ibadan.

“You all have to go back to your respective areas and set up security committees, it must be done immediately.

“I will give approval for release of funds on security within your domain because we want our people to sleep with their two eyes closed.

“Security is one of the pillars of this administration, Oyo state is a very large area, so we must do everything possible to secure our state,” he said.

The governor, who noted that the ember months were near, stressed the need to beef up security.

”So, we expect that we will see spike in criminal activities.

”As the government closest to the people, you have to take up the challenge of insecurity in your various domains and let us know any enabler required.

”We will work with the Commissioner for Local Government and Chieftancy Matters to make sure that those enablers are provided,” he said.

On the conduct of local government election in the state, Mr Makinde said the list of the Oyo State Independent Electoral Commission (OYSIEC) chairman and members had been sent to the State House of Assembly.

“As soon as the Assembly clears them and we swear them in, I’m sure they will swing into action and let us know their programme.

“So we want real and true democracy even at the local government level in Oyo State.You should also be prepared for it,” he said.

Mr Makinde, who ruled out the possibility of imposing anyone for the council election, urged the caretaker chairpersons to ensure that they reach out to the people in their respective domains.

The governor urged them to protect the asset in their respective domains, warning that they should “move away from the notion that government asset is nobody’s asset.”

He also said his government would soon set up a committee that would be visiting each of the local government council areas to assess the performance of the chairpersons.

“I made certain promises during my electioneering in 2019; if in your locality some of those promises have not been fulfilled, list them out to the committee.

”We will come back to review them and see how we can satisfy the aspirations and yearnings of our people,” Mr Makinde said.

Earlier, the Commissioner for Local Government and Chieftancy Matters, Bayo Lawal, said the meeting was to ascertain the challenges facing each local government and also get feedback from the chairpersons on the needs of those at the grassroots.

He charged the chairpersons to be good ambassadors of the state government at the grassroots.

Some of the chairpersons in separate remarks said the governor had initiated laudable projects, released funds regularly to council areas and was prioritising security of lives and property across the state. (NAN)

How we helped Nigerian nurse escape from ISWAP captivity – MNJTF