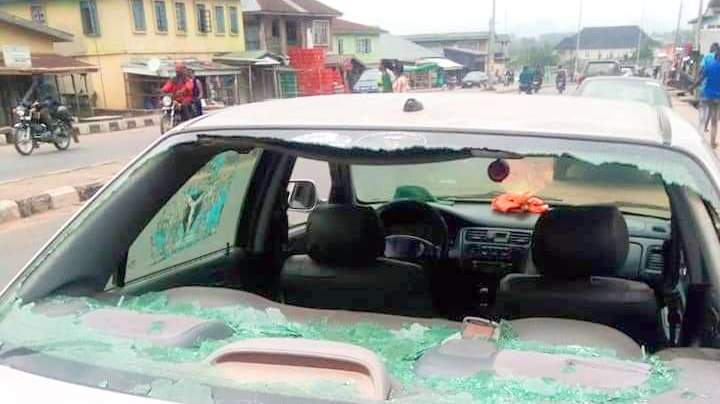 Police in Ondo State are investigating the cause of a bloody clash between the supporters of the All Progressives Congress and the African Democratic Congress on Friday in Ondo town, Ondo West Local Government Area.

A similar incident has also been reported in Ilaje local government where members of the All Progressives Congress were allegedly attacked by hoodlums.

The incidents occurred 24 hours to the council election, scheduled to hold on Saturday, August 22.

The police spokesperson, Tee Leo-Ikoro, who confirmed the incident on Friday, said, “so many people were injured.”

Although details of the incidents are scanty, PREMIUM TIMES learnt that the parties’ supporters clashed during campaign outing.

No fewer than 15 cars were reportedly vandalised during the Ondo mayhem, as their windscreens were smashed.

Many were said to have sustained varying degrees of injuries in the clash.

About 10 parties are contesting the elections, but the Peoples Democratic Party withdrew after it questioned the credibility of the process of the election.

The spokesperson for APC, Alex Kalejaiye, said on Friday, he could not ascertain the groups that masterminded the attack in Ilaje.

“I cannot mention the group that attacked our supporters in Ilaje, but what I know is that we do not support violence in the process,” he said.

“I hope this is not a prelude to the coming governorship election and we are calling on the security agencies to take charge and fish out the perpetrators.”

Officials of the ADC could be reached at the time of filing this report, as efforts to do so failed to yield results.

Meanwhile, Mr Leo-Ikoro said security operatives had been deployed to the scene of the incidents while efforts were on to arrest the perpetrators.

“We are yet to ascertain the root cause of the clash, because so many people were injured,” he said.

“We have commenced investigation into the matter to know those involved and why the clash happened.”

The Social Democratic Party on Thursday announced its withdrawal from participating in the LG polls after its members were attacked and badly injured by thugs in Idanre.

The party also suffered losses in property and the destruction of its posters and billboards.

Gargled water an alternative to throat swab for virus test-Study