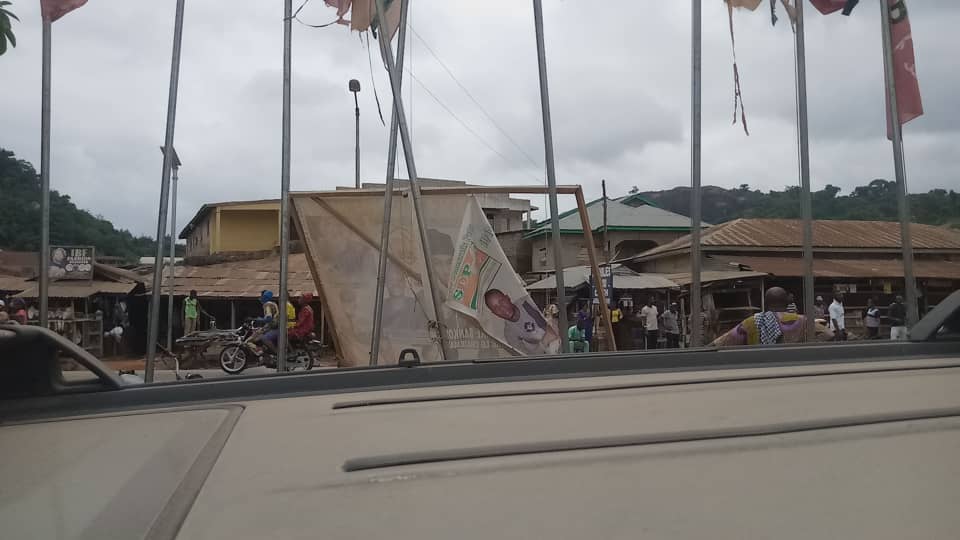 Tensions have heightened in Ondo State ahead of Saturday’s council elections with attacks by thugs on the secretariat of the Social Democratic Party (SDP) at Idanre Local Government Area of the state.

The incident, which occurred on Tuesday, saw the manhandling of party officials and staff of the secretariat.

The violence occurred during a meeting of members of the party at the secretariat located in Agosile Odode in Idanre town.

The council election had been fixed for this Saturday, August 22, by Ondo State Independent Electoral Commission (ODIEC).

Seven political parties would be participating in the exercise.

Eyewitnesses said the hoodlums, numbering 26, stormed the venue of the meeting and descended on the members of the SDP with axes and other dangerous weapons.

Seven persons reported sustained varying degrees of injuries, including the chairmanship candidate of the party, Bankole Akinselure, and his running mate, Idowu Akinrotohun.

They were said to be attacked by machetes and were immediately rushed to a hospital where they received treatment.

Immediately after the attack, supporters of the SDP trooped out on the roads to protest the attack, accusing the police of delay in responding to the distress calls while the attack lasted.

A member of the party, who gave his name as Bayo, said the thugs were hired by their opponents to disrupt the meeting.

“The attack was launched on us during a meeting at our office at the Agosile Odode in Idanre,” he said.

“These thugs came fully armed and attacked SDP members in the meeting with cutlasses and axes, including stones.

“In fact, the thugs destroyed all the posters and billboards that were posted at the secretariat because those who sponsored them are threatened with the popularity of our candidate for the Saturday LG election.

“We had to quickly call the police to intervene but surprisingly to us, they came late and started watching these thugs attacking and destroying our properties.”

Mr Akinselure also confirmed the attack and expressed disappointment at the police who came to the scene.

“It is true we were attacked and I put a call to Divisional Police Officer at Olofin Police Station and Deputy Commissioner of Police but it is unfortunate that the policemen who came to the scene of the attack could not stop the boys,” he said.

He revealed that the attack was targeted towards him due to his rising popularity, adding that the incident has been reported to the monarch of the community.

Ondo State’s Police Public Relations Officer, Tee Leo-Ikoro, told PREMIUM TIMES he would not be able to speak on the matter as he had not been briefed.

“My boss is not around, and I will be able to speak on it, please call back,” he said.