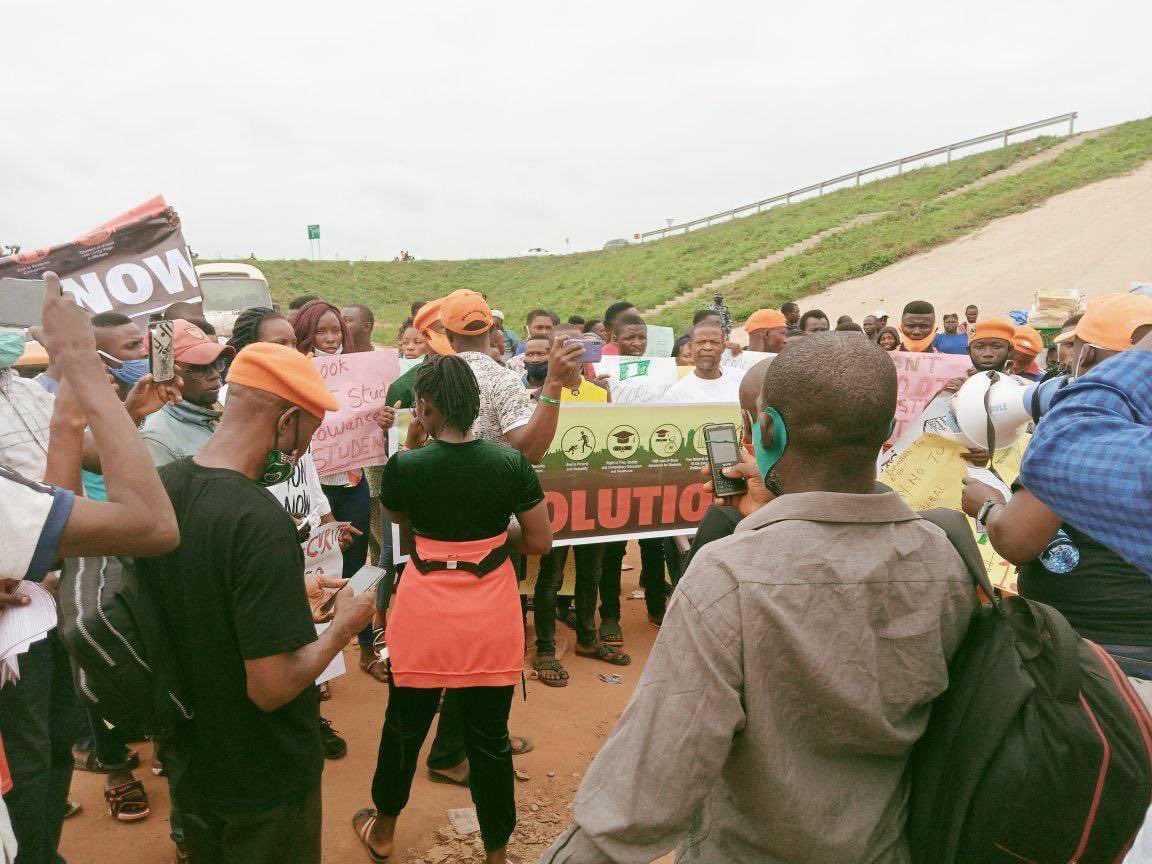 About five persons were arrested on Wednesday in connection with the #RevolutionNow protest in Abeokuta, Ogun State capital.

Ayoola Babalola, an Ogun State-based student activist, was among those whisked away by operatives of the State Security Service (SSS) from the protest.

Mr Babalola and his colleagues earlier planned to join the nationwide protest against bad governance, lack of infrastructure, and extra-judicial activities among others.

Festus Ogun, an associate of Mr Babalola, told PREMIUM TIMES that the secret police operatives arrested the demonstrators after foiling their protest.

He disclosed that the police, Nigeria Security and Civil Defence Corps (NSCDC) and SSS deployed officers to stop the protest from holding.

“They (security operatives) were parading themselves around and we later ran to the NUJ secretariat with the notion that they cannot come to arrest us there. Babalola and other comrades were calling in to know our movement. They were coming from somewhere outside Abeokuta.

“When they got to Kuto park in Abeokuta, the SSS officers checked their phones and when they saw any RevolutionNow material on your phone, they arrested them. They picked them one after the other, about five of them,” Mr Ogun told this paper.

All efforts to reach the Director of the SSS in the state, David Tuska, proved abortive as his telephone was not reachable.

The police spokesperson in the state, Abimbola Oyeyemi, said he was not aware of any arrest or attack against the protesters.

Recall that SSS operatives in Osun state earlier arrested Olawale Bakare, a co-defendant of Omoyele Sowore, and six others at the ongoing protest in Osogbo. Also, some protesters were arrested in the Federal Capital Territory, Abuja.

Many Nigerians and rights groups have condemned the Nigerian government over the incessant attack on protesters.