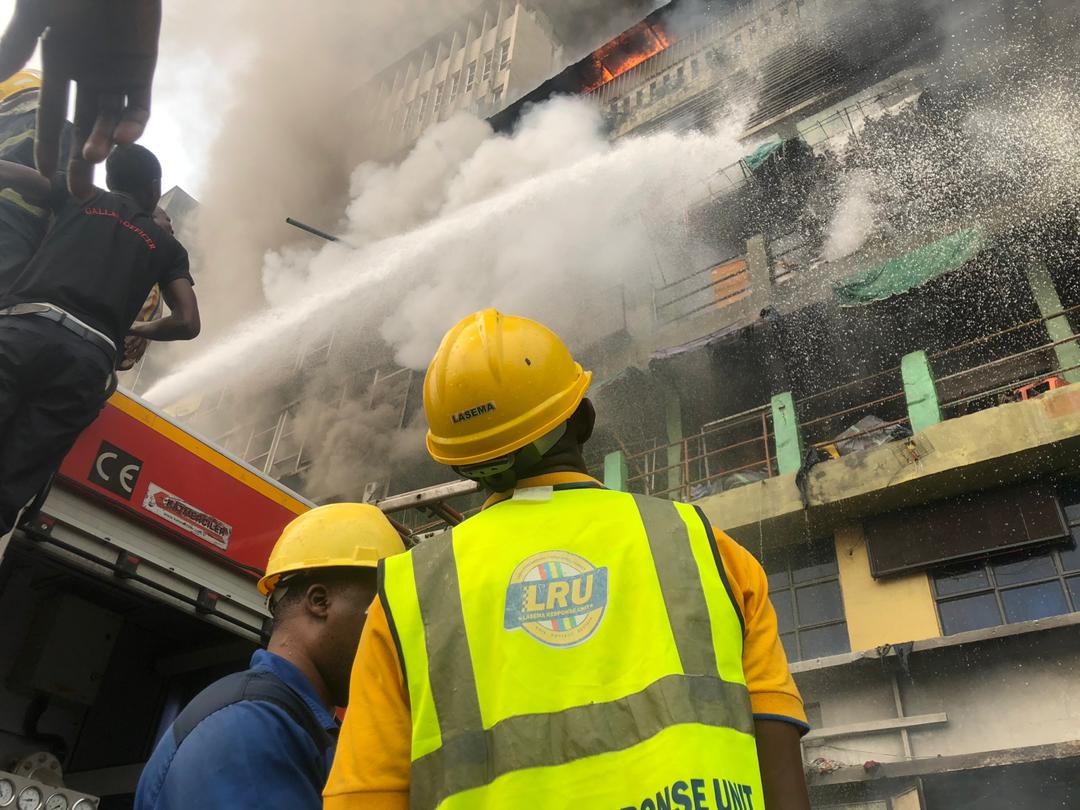 FILE: Operatives of the Lagos State Emergency Agency (LASEMA) putting off the fire.

Gas explosion kills one in Lagos

The Lagos State Emergency Management Agency (LASEMA) has said that a man lost his life while three adults were injured in a gas explosion which took place at Palmgroove Estate, Lagos.

LASEMA Director-General, Olufemi Oke-Osanyintolu, who confirmed the accident on Monday, said that the three injured people had been hospitalised.

Mr Oke-Osanyintolu said that LASEMA received an emergency call at about 6 p.m. on Monday that a gas explosion had occurred at 13C Palmgroove Estate, Cappa Avenue in Lagos.

According to him, upon arrival at the scene of the incident, a gas cylinder used in filling an outdoor air conditioner split unit of a storey building exploded as a result of gas leakage from the cylinder.

“This accident result to the death (sic) of a 30-year-old male, Usman Bello, while the other three men sustained injuries.

”The LASEMA Response Team, the Nigeria Police and the Lagos State Fire Service are responders at the scene of incident.

“All the occupants in the building which belong to Mr Dayo Shofolawe, have been evacuated. The scene of incident has been cordoned off to prevent any secondary incident,” Mr Oke-Osanyintolu said.

He, however, urged the residents not to enter into the premises adding that “there were visible cracks on the walls and pillars while recovery operation was still ongoing”.