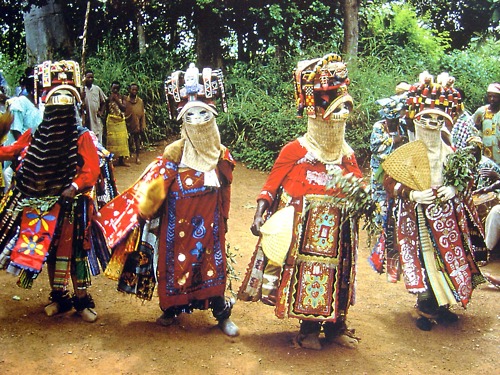 An Artisan, Mukaila Ali, on Friday before a Mapo Customary Court in Ibadan, alleged that his estranged wife, Sekinat, connived with her lover with the intention of killing him.

Mr Mukaila spoke in a counter-argument in court before Ademola Odunade, the President of the court, after his wife had testified that he was irresponsible.

He alleged that an Arabic teacher living five buildings away from his led his students to invade his house after which they stole his property and money.

“My lord, all I know is that Sekinat started receiving strange calls day and night from a certain man whom I later found out to be that Arabic teacher on the same street with us.

“Then, she began to quarrel with me and I fell ill.

“That Arabic teacher who is Sekinat’s concubine later came to me and threatened that I would pay dearly for marrying Sekinat after which masquerades started chasing me about spiritually.

“However, I consulted a witch doctor who delivered me from the spiritual attacks.

“If I had known that Sekinat is a prostitute, I would not have married her, not minding the fact that I gave her an elaborate wedding ceremony,” Mr Mukaila said.

In her earlier submission, Ms Sekinat, a trader, informed the court that her husband treated her like a goat whom he could just pounce on at his beck and call.

“Seven years ago, Mukaila was well informed that I abandoned my first husband to marry him with three children and he agreed to take care of them for me.

“However, he changed the tone and became irresponsible soon after I had his first child with him.

“It went so bad that even when I am in my menstrual period, Mukaila could just tap me for conjugal rights and I resisted his advances.

“Therefore, he stopped entering my room ever since the past five years,” she said.

Mr Odunade consequently pronounced the marriage dissolved in the interest of peaceful living.

He awarded custody of the only child produced by the union to Ms Sekinat and directed Mr Mukaila to pay N5,000 as the child’s monthly feeding allowance.

The arbitrator also ordered him to be responsible for the child’s education and other welfare.