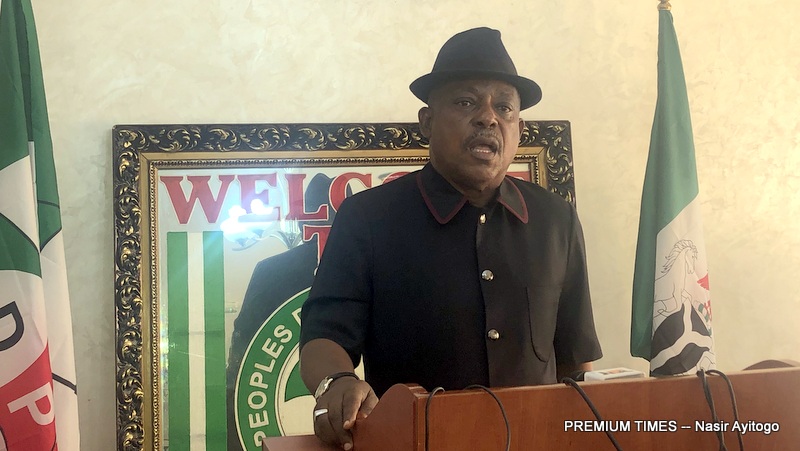 An Akure High Court on Tuesday struck out a motion seeking the disqualification of Ondo Deputy Governor, Agboola Ajayi, from participating in the Peoples Democratic Party (PDP) primary election.

The election, which will determine the flag bearer of the opposition party for the October 10 governorship election will hold Wednesday.

A member of the PDP, Olopele Timi, had earlier approached the court to disqualify Mr Ajayi over certificate forgery allegations.

He said the deputy governor breached the code of conduct for public officers and should, therefore, be banned from holding any public office for a maximum period of ten years.

Mr Timi also claimed that Mr Ajayi has acted in breach of Section 1, 5th Schedule, Part 1 of the Code of Conduct for Public Officers as well as breach of the provisions of the regulations of the West African Examination Council (WAEC) Act, Cap W4 Law of the Federal Republic of Nigeria, 2004.

But the presiding judge, Bode Adegbehingbe, who struck out the motion on Tuesday, said the plaintiff is expected to serve all parties in the suit instead of coming through a motion ex-parte.

The deputy governor had earlier through his media adviser, Allen Sowore, said that the issues in the suit were the same as a case already adjudicated upon by the Court of Appeal.

He identified the case appeal number as CA/B/EPT/330A/2008 between himself and Olubukola Ebietomiye of the Democratic People’s Alliance, (DPA) in 2007, wherein he said he was absolved of any wrongdoing.

There are seven other aspirants in the race with Mr Ajayi.

Naira exchanges at N472 to dollar at parallel market