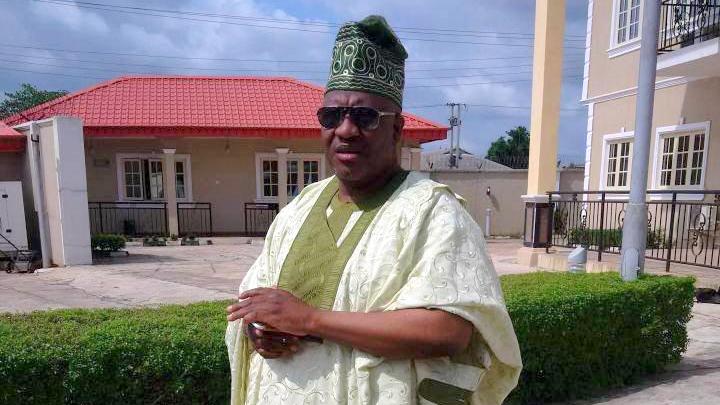 Lawmakers in the Lagos State House of Assembly on Tuesday eulogised one of their deceased colleagues, Tunde Braimoh, as they held a valedictory session in his honour.

Mr Braimoh represented Kosofe Constituency II in the assembly before his death on July 10.

He was a second term lawmaker and the Chairman, House Committee on Information, Security and Strategic.

The Speaker of the house, Mudashiru Obasa, said it was the belief in Islam that a day is dedicated for everybody to die.

Mr Obasa described the late Braimoh as a rare legislator, whose death would be greatly missed by all.

“I have lost one of the most resourceful members that I depended on for advice, who was always willing to offer his advice at every given opportunity.

“He never disappointed me. He never had no for an answer and he had a ready answer to any question. He was a man with an uncommon intelligence and political sagacity and a man of honour.

“He was a respecter of constituted authority. He has made his impact and contributed to the growth of Kosofe Local Government and his vacuum in the House of Assembly cannot be filled in the next decade,” he said.

The speaker further said the house had lost a formidable member of rare quality in the late Braimoh.

“We have lost a very valuable member, who was outstanding as a lawmaker.

“We will miss his insightful and intelligent contributions to issues on the floor of the chamber.

“We recall his sharp wits and words. I will miss his cheerfulness and his closeness to everybody,” he said.

The speaker urged the lawmakers to use their positions to serve humanity, adding that a day would come when people would talk about them.

Mr Obasa directed the Clerk of the House, Azeez Sanni, to formally write the leadership of the All Progressives Congress (APC) and the Independent National Electoral Commission (INEC) about Mr Braimoh’s death.

Also, Rotimi Abiru (Shomolu II), said nobody knew when he or she would depart the world, regretting that Mr Braimoh’s death happened at a period they were enjoying him.

“It is most unfortunate that he has dropped at his own bus stop. May the Almighty God give the family the fortitude to bear this irreparable loss.

“I commiserate with his family, his political family, the people of Kosofe Constituency II and the members of the state house of assembly,” he said.

In his comment, the Deputy Speaker of the House, Wasiu Eshinlokun-Sanni (Lagos Island I), said he went to the same university with Mr Braimoh and they graduated together.

Mr Eshinlokun-Sanni said they started the fourth republic together in 1999 and the late lawmaker was sociable and intelligent.

He prayed that the assembly would not lose any of its members again.

“May we all finish the journey together. I commiserate with his family members and this is one death too many,” he said.

Also speaking, Mojisola Miranda (Apapa I) commiserated with the people of Kosofe Constituency II and the family members of Mr Braimoh.

Mrs Miranda said Mr Braimoh was a good man and a good listener, adding that she had worked with him in various committees.

Setonji David (Badagry II) said in his comments that the deceased was a very passionate and charming colleague.

“There was never a dull moment with him. The few times we had discussions, he was full of ideas. I will miss him personally.

“I commiserate with the Speaker over this sad occurrence and I pray that we will never witness this kind of incident again,” he said.

Gbolahan Yishawu (Eti Osa II) said he imagined if Mr Braimoh were to be in the chamber to speak.

Mr Yishawu said the deceased had a lot of words to describe them and had a name for each and every one of them, especially during their birthdays.

“We will miss him, he was very sound and he contributed extensively to the success of the House.

“His vocabulary was very deep; he was very fluent. He spoke even Yoruba Language extensively.

“Death is a certainty and we pray that when the time comes, may the Almighty God accept us into paradise.

He prayed that the Almighty God would forgive him and grant him Aljana.

Also, Lukman Olumoh (Ajeromi/Ifelodun I) commiserated with the Speaker on the loss of one of his most trusted aides.

Tobun Abiodun (Epe 1) said he had lost a friend, a brother, a socialite and a team player.

“Who else would understand my way of life like Tunde Braimoh. I wept when his wife said that her helper had gone. That was the first time I would cry since 1970, when my father died,” he said.

NAN reports that other lawmakers took turns to describe the late Mr Braimoh in glowing terms.

The House later adjourned sitting to Monday at noon.