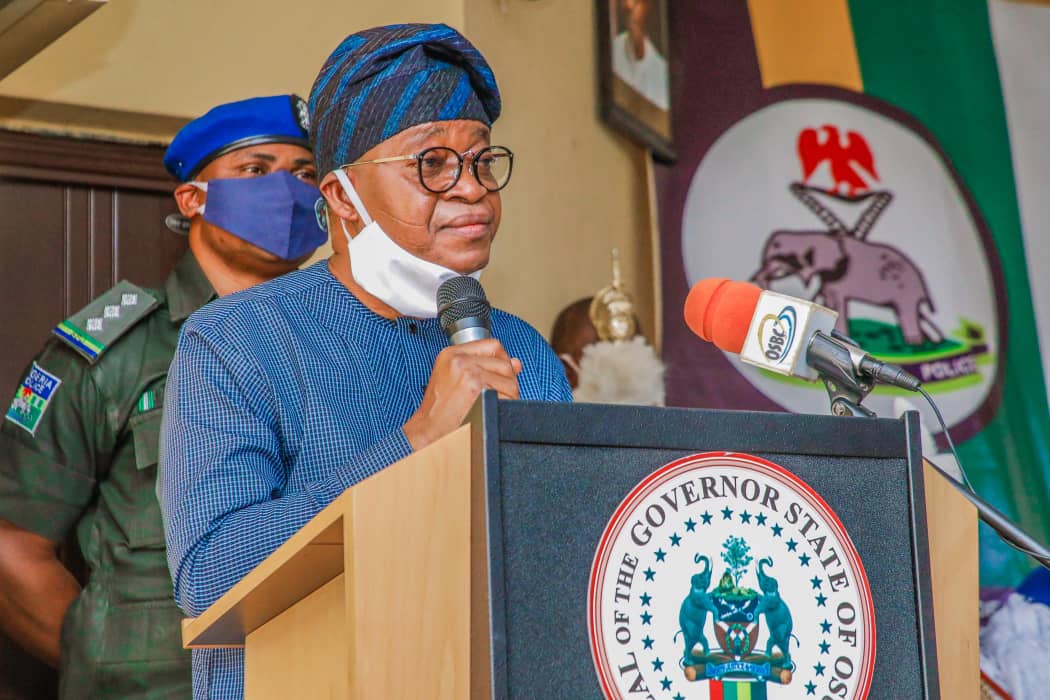 The Osun State Government has confirmed a new death caused by coronavirus.

The state also announced 37 new cases while four patients were discharged from its treatment centre on Wednesday.

This was made known in a statement by the state’s health commissoner, Rafiu Isamotu, late Wednesday evening.

According to him, the 37 confirmed cases had history of contact with patients already battling with the disease.

He also disclosed that the four patients discharged have reunited with their families.

Mr Isamotu said with the latest development, the number of confirmed cases in the state, as of July 15, is 318 with 172 active cases.

“The state has successfully treated and discharged 138 patients, while eight deaths have so far been recorded in the State.”

He appealed to residents to always observe all the precautionary measures laid down against the spread of the virus.