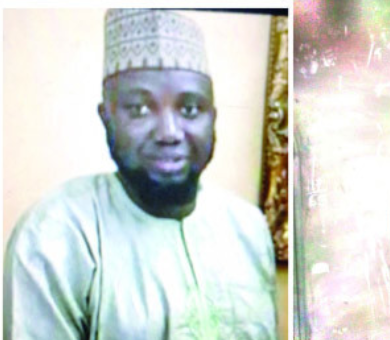 A Magistrate Court in Ede, Osun State, has struck out the case against an Islamic cleric, Habeebulah Abdulrahman, who was accused of raping a 16-year-old lady.

A. Olowolagba, the magistrate, said the decision due to the legal advice from the state’s Department of Public Prosecution (DPP) of the Ministry of Justice.

Observers who witnessed the proceedings told our reporter that the verdict led to an argument between the magistrate and the prosecutor, who was not pleased with the way things turned out.

According to the prosecutor, Adepoju Sunday, the DPP hinged the legal advice on the unavailability of a medical report as evidence against the cleric.

“The State Investigation Bureau (SIB) has concluded the investigation and even the cleric admitted that he slept with the girl twice. But, we learnt that the advice came from a higher authority,” he told this paper in a telephone interview on Thursday.

Some of the relatives of the victim who spoke with PREMIUM TIMES after the judgement of Wednesday lamented that justice was not allowed to take its full course on the case.

The legal counsel of the victim, Abdulrasheed Maisolati, expressed surprise at the decision of the court.

Mr Maisolati, who could not make it to the court on Wednesday because of the interstate travel ban, said he expected the court to commence hearing of the case on that day.

However, as of the time of filing this report, he is yet to announce the victim’s next step.

When contacted for further explanation and justification of the pardon, the media officer of the Ministry of justice, Opeyemi Bello, said he was not aware of the case.

He promised to reach out to our reporter when furnished with adequate details.

PREMIUM TIMES, in July, exclusively reported how Mr Abdulrahman, (popularly known as Al-Edewy), was accused of raping a 16-year-old female student of his Islamic school.

In response, Mr Abdulrahman told PREMIUM TIMES that the teenager is his wife and he had the right to have sexual intercourse with her.

The victim, born in 2003, lost her dad at a young age and stays with her mother in Ede, a town in Osun State.

The Islamic scholar, after a while, requested her hand in marriage. The girl, on several occasions, rejected the proposal. However, Mr Abdulrahman persisted until he raped her.

He was, thereafter, arraigned on a three-count charge of abduction of a young girl to an unknown destination to have carnal knowledge of her and indecent assault by touching.

Mr Abdulrahman was granted bail on the condition that he provides a Level 12 civil servant who owns a landed property – a condition which he met.

Following this newspaper’s report, the family and our correspondent continued to face pressure and threat from unknown individuals who warned against further reports on the incident.

After much pressure, the case was withdrawn by some members of the victim’s family for an out-of-court settlement.

Following a series of follow-up reports by this paper and pressure from rights groups, in February, the cleric was re-arraigned for indecent assault punishable under section 358 of the criminal code.

In the charge sheet made available to PREMIUM TIMES, he was docked for a two-count charge of unlawful carnal knowledge and indecent assault against the teenager.

Angered by the follow-ups, the cleric accused our reporter of publishing a ‘fake’ report about his personality and our reporter was invited by the police.

In the petition against this reporter, Mr Abdulrahman denied granting any interview to PREMIUM TIMES, a claim which differs from his position when he was in police custody, where he affirmed that the reporter ‘disturbed’ him on several occasions.

After spending six hours in the Zonal headquarters in Osogbo, this reporter was released with a promise to formally invite him through the newspaper management.

Consequently, the police exonerated our reporter, saying the allegations levelled were baseless.