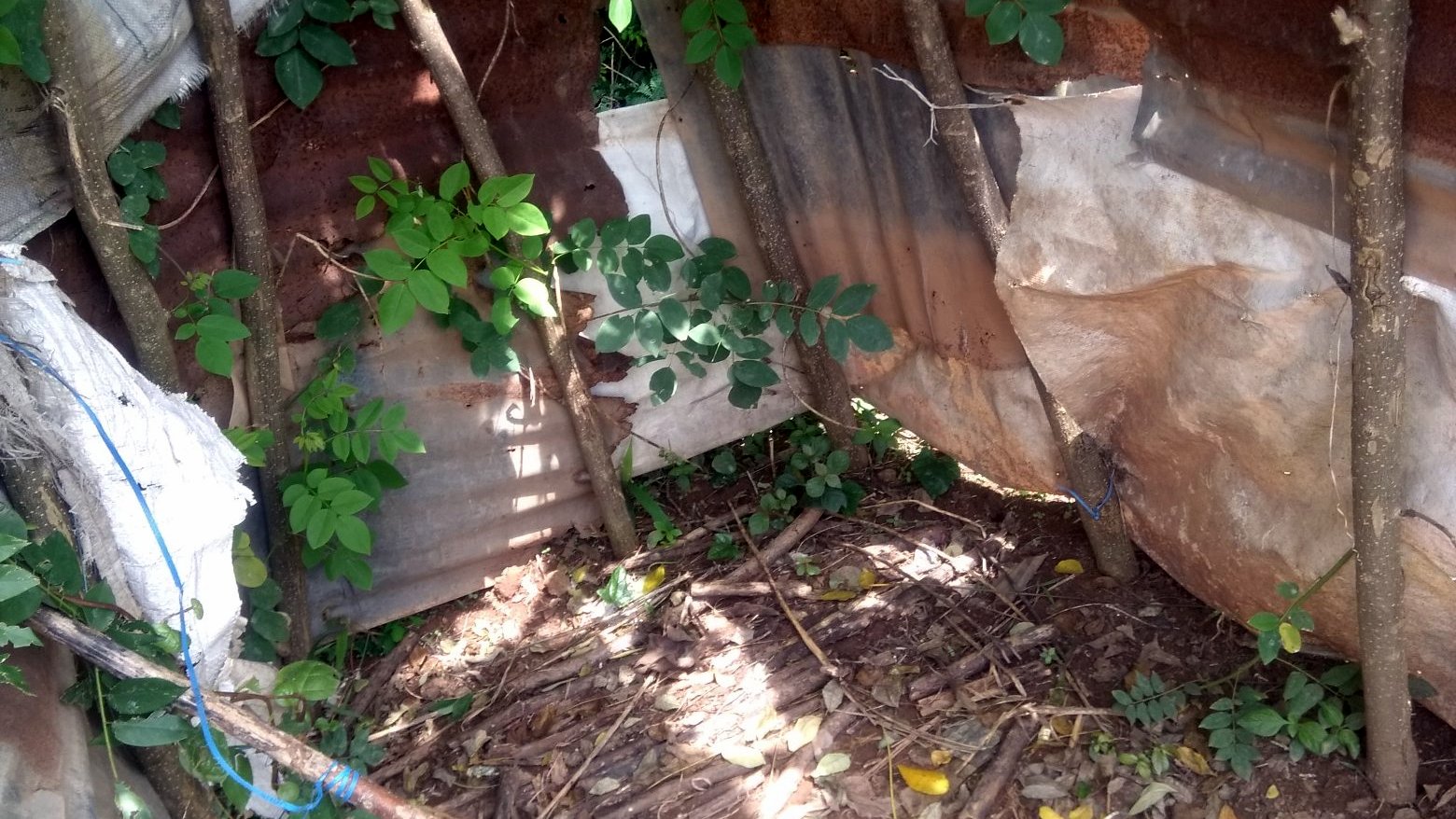 Picture of the bathroom where she was having her bath.

How my daughter Barakat was gang raped, killed – Father

For the family of Barakat Bello, Monday would be remembered as a day when rapists cut short the life of their daughter, a student of Department of Science Laboratory Technology (SLT), Federal College of Animal Health and Production in Ibadan, the Oyo State capital.

The 18-year-old was attacked by some hoodlums who raped, then stabbed her to death at Akinyele Kara Market along Old Oyo Road, Ibadan.

The yet to be identified attackers arrived at the home of the deceased possibly to rob them of their possessions. Upon seeing her at the bathroom, they raped the young lady and also macheted her till she gave up the ghost, PREMIUM TIMES gathered.

According to her father, Kasimu Bello, the incident occurred when all other members of the family were not around. The only person at home at the time of the attack was her younger sister.

“Barakat’s younger sister who came back from Ile Kewu (Quaranic lessons) was the first to detect the sad incident. She was lying in the pool of blood with different marks on her body. Her sister had just been raped. Not just that but brutalised till point of death,” the traumatised father said.

Mr Bello returned home after he got a call from other residents in the community that his attention was urgently needed.

“The person that called me on the phone did not tell me the exact thing that happened but I knew it was something bad when I heard his voice on the phone. I left where I was quickly only to find the body of my daughter,” he told PREMIUM TIMES.

According to the father of the deceased, police officers in Kara police station arrived that same Monday evening for investigation. They collected the corpse.

Barakat’s body was returned to her family hours after inspection for burial in accordance to Islamic rites.

When contacted, the Oyo State Police Command spokesperson, Gbenga Fadeyi, said the command has been informed about the incident “and would issue a statement regarding the incident upon completion of investigation”.

Following the incident, many Nigerians stormed social media to demand justice for late Barakat with the #JusticeForBarakat.

The Muslim Students’ Society of Nigeria (MSSN), Oyo State Area Unit, in a statement obtained by PREMIUM TIMES said while the allegation of gang rape is still under investigation “we want to join the rest of the world in condemning the recent attack on women.”

“Violence against women in any form is against Islamic Injunctions and as such it must stop. The case of Uwavera Omozuma (also recently raped and killed) is still fresh in our memory and we also stand to condemn the attack.

“While we enjoin all our members to keep promoting the hashtag #JusticeforBarakat till all authorities take action, we ask Allah to forgive Barakat and accept her demise as that of a martyr,” MSSN said in a statement signed by its Chairman, Abdkabir Alamal-Yekeen.

Meanwhile, the Nigerian Senate on Tuesday said it is only through effective administration of stricter punishment to sex offenders that cases of rape would reduce in Nigeria.

It urged the security agencies to employ strategies to check the rising cases of rape while also enforcing the Child Rights Act which prohibits forced marriage.

State Houses of Assembly were also advised to amend their laws on rape to make the crime “more punishable.”

FAO wants $100 million to ease plight of farmers, herders, others in Yemen