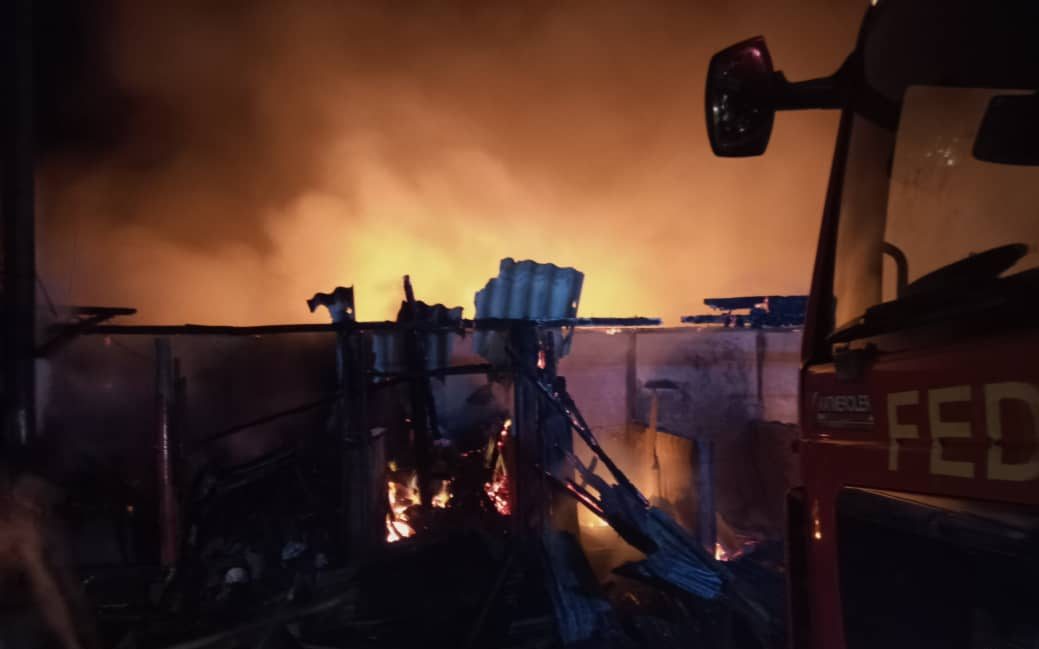 The Lagos State Emergency Management Agency, LASEMA, and the Federal Fire Service have curtailed a midnight fire at Olaleye market, Shomolu area of Lagos which occurred at midnight on Saturday.

The fire which engulfed several shops in the market started around 3:30 a.m. and has led to the destruction of goods worth several billions, the agency said.

According to a statement by Nosa Okunbor, the spokesperson of LASEMA, the operation to curtail the raging fire lasted for over two hours, and officials of the Federal Fire Service were able to avert the spread of the fire to nearby residential buildings.

The cause of the fire could not be ascertained as at the time of this report.

Mr Okunbor said a preliminary report on the fire incident showed that, “LASEMA Response Team received a distress call from control room as regards a fire outbreak at the aforementioned location and immediately deployed to the incident scene.”

“Upon arrival at the scene, it was discovered that Olaleye Market located at Shomolu was gutted by fire.

“However investigation is currently ongoing to ascertain cause of fire.

“Lagos State Fire Service, LRU fire and the Federal Fire Service are currently battling the inferno and preventing it from spreading to other residential buildings.

“No life was lost and no injuries sustained, but properties and goods worth several billions of naira is currently being razed down by the inferno,” Mr Okunbor said in a statement.

At 6:43 a.m., Mr Okunbor said the fire was successfully curtailed and dampening ongoing at the scene.

“Though no lives were lost to the inferno, nor were injuries sustained, efforts are ongoing to ensure that the fire does not cause further havoc as properties and goods valed to be worth several billions of naira, has been razed down by the inferno,” he said.