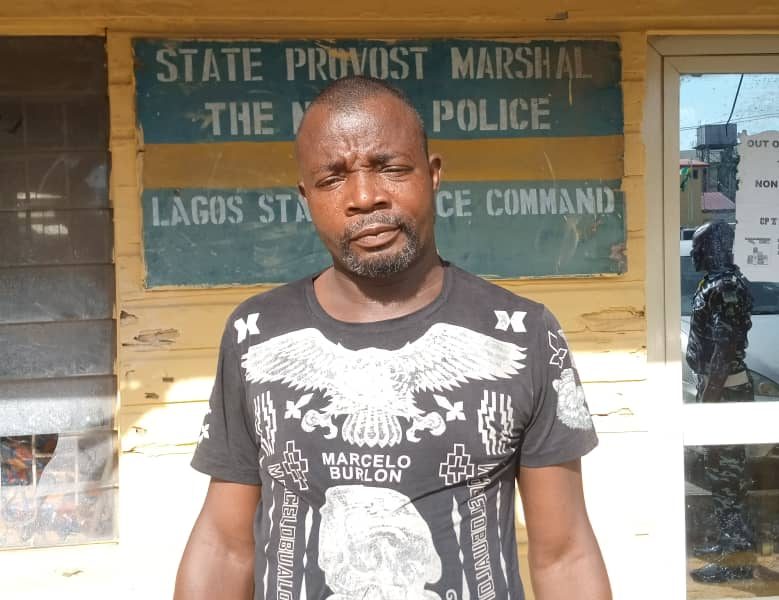 Two police officers have been arrested in Lagos for killing Tina Ezekwe, a 16-year old girl, at Iyana-Oworo area of Lagos, the police have said.

Theophilus Otobo, an Assistant Superintendent of Police and Oguntoba Olamigoke, a police Inspector attached to Bariga Police Station, were arrested for the shooting which led to the death of the teenager and the injury of an adult.

Ms Ezekwe, a senior secondary 2 student, was hit by a police bullet on Tuesday night and was rushed to a nearby hospital. She died two days later.

Bala Elkana, the Lagos police spokesperson, said in a statement on Friday that the circumstances surrounding the shooting are yet to be determined but the officers involved are in custody.

Mr Elkana said two officers have been arrested in connection to the shooting and would be subjected to internal disciplinary proceedings. He added that another 35-year old man was injured as a result of the shooting and is presently at a hospital recovering.

“The incident happened on 26th May, 2020 at about 2245 hours. The said Police Officers fired shots from their pin down point along Berger by third mainland bridge, in a circumstances yet to be determined. One Musa Yakubu ‘m’ 35 years was injured at the point and a stray bullet hit Tina at Berger Yanaworu Bus stop,” the police said in a statement.

“The bullet pierced through the left upper side of her lap. She was rushed to hospital by a team of Policemen led by the Divisional Police Officer. The battle to safe her life lasted for two days, she died on 28th May, 2020 at about 2129 hours while on admission. The second person is in stable condition.”

Mr Elkana added that if the arrested officers are found culpable, they would be charged to court.

Meanwhile, the Commissioner of Police in Lagos, Hakeem Odumosu, condoled with the family and friends of the deceased teenager and called for calm.

“The Commissioner of Police calls for calm and assures the family that the perpetrators of this dastardly act will face the full weight of the law. He reiterated his stance on zero tolerance for impunity,” the statement reads.

Mr Elkana said members of the public would be updated on the outcome of the investigation.

On Thursday, many Nigerians expressed outrage on social media over the shooting of the teenager, calling for justice for the deceased.

In a hashtag #JusticeforTina, many Twitter users called on the Nigerian Police Force to identify the ‘Trigger happy’ police officer and ensure that justice is served.

On Friday, a group, the Oworo Youth Forum, called for the immediate prosecution of the police officers.

“This death is one too many as the police have been responsible for the killings of countless innocent citizens and illegal extortion of young Nigerians,” the group said in a statement signed by Towolawi Jamiu.

“We want to make it categorically clear that this will not be one of those cases that will be swept under the carpet under the guise of orderly room trial and prosecution.

“We will engage and resist with everything we have within the ambit of the law to make sure justice is not beheaded.”