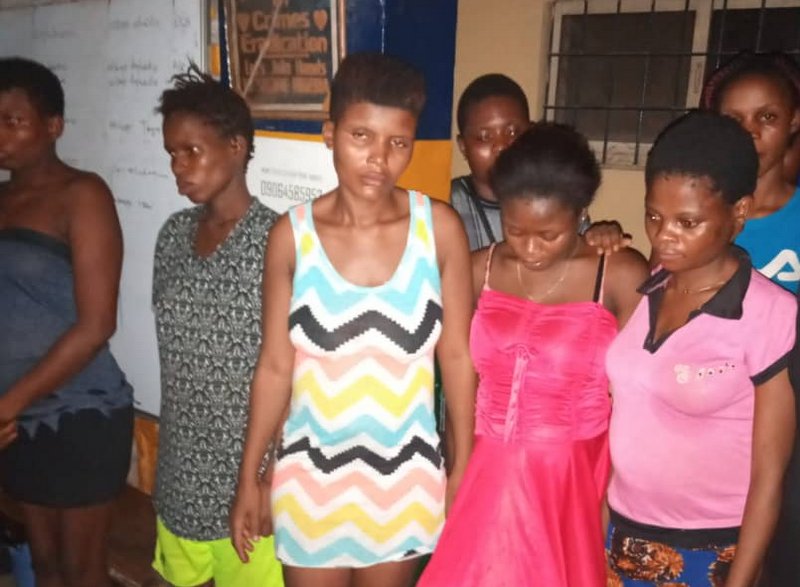 The police in Ogun State have discovered a suspected baby-making home and rescued 12 women, including six who are pregnant.

The police said the proprietress of the home, Florence Ogbonna, was also arrested at the illicit facility located at Imedu Olori area of Mowe in Obafemi Owode Local government area of the state.

Police spokesperson in the state, Abimbola Oyeyemi, in a statement on Thursday, said an inmate escaped and reported at Mowe police station that she had been lured into the home and held captive there.

Mr Oyeyemi said the owner of the home, Ms Ogbonna, lured the inmate there. She further alleged that Ms Ogbonna usually got men to sleep with the inmates and immediately any of them gave birth, she would take the baby away.

“Upon her report, the DPO Mowe division, SP Marvis Jayeola, mobilised his detectives to the scene where 12 ladies between the ages of 20-25 years were rescued with six amongst them heavily pregnant”, Mr Oyeyemi said.

He said three suspects, Florence Ogbonna, Chibuke Akabueze and Chibuzor Okafor, were arrested in connection with the case.

The Commissioner of Police, Kenneth Ebrimson, has ordered the transfer of the suspects to the anti-human trafficking and child labour unit of the State Criminal Investigation and Intelligence Department for discreet investigation.

He also directed that the victims be kept in protective custody pending when they would be reunited with their families.

Democracy yet to take roots in Nigeria – Fayemi