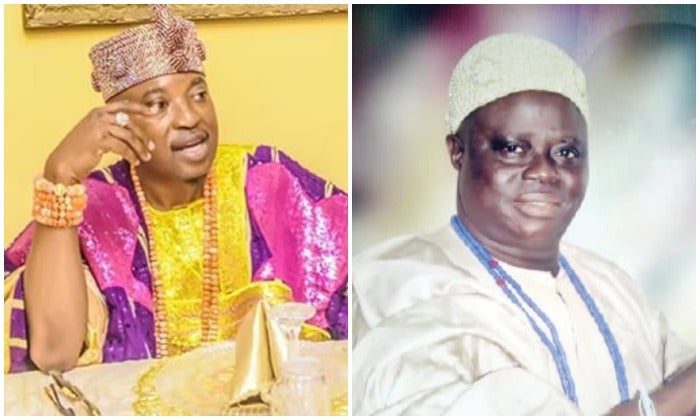 The suit was filed at an Osun State High Court with the aggrieved monarch demanding N100 million.

Mr Akinropo in the writ of summons dated February 27, by his counsel, Soji Oyetayo, also asked for perpetual injunction restraining Mr Akanbi and his “agents’ from committing further assault on him.

Apart from the N100 million sought, Mr Akinropo also asked the court to award N1 million against Mr Akanbi as cost of hiring legal service for the action.

Six other monarchs from the three local government areas in Iwo, who witnessed the alleged assault, also deposed to affidavits to testify on behalf of the Agbowu against the Oluwo

The matter is yet to be assigned to a judge, PREMIUM TIMES learnt.

PREMIUM TIMES reported how the Iwo monarch allegedly assaulted his colleague over land dispute in Iwo land at a meeting called by the Assistant Inspector General of Police, Zone 11, Bashir Makama, and two state commissioners in Osogbo.

Mr Akinropo was later taken to the state hospital for treatment.

After public outcry, Mr Akanbi was suspended from attending the Osun State Traditional Rulers Council meeting for six months while the state government is yet to act on the matter.

The Agbowu later accused the state government of betrayal saying the two state commissioners who witnessed the assault refused to testify before the Council of Obas.