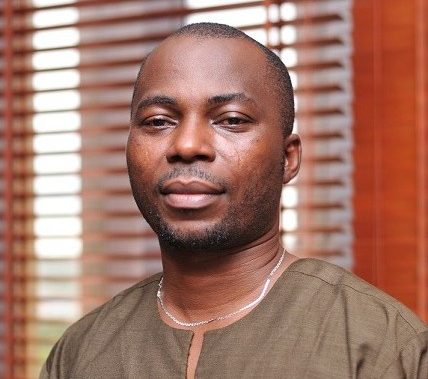 The immediate-past Majority Leader of the Ogun State House of Assembly, Yinka Mafe, has died few hours after celebrating his 46th birthday.

The circumstances surrounding his death remain sketchy as at the time of filing this report.

The politician and lawyer was born on February 4, 1974, and was said to have celebrated his birthday earlier in the day.

Sources said late in the night, he complained of chest pain, a development which suddenly led to his untimely death

Mr Mafe started his political journey as a councillor for Ward 3 in Sagamu Local Government Legislative Council in December 1998 until 2002. He was elected as a member of the state House of Assembly in 2011 and became the Chairman, House Committee on Education, Science and Technology. He was re-elected in 2015 under the All Progressives Congress(APC).

In a statement by its Caretaker Committee Publicity Secretary, Tunde Oladunjoye, the ruling party said it has lost “a vibrant lawmaker, legal practitioner and consummate entrepreneur, known for his outspokenness, no matter where he finds himself.

“The party recalled that even when others remained in the deflated and defunct Allied People’s Movement (APM), Yinka Mafe took a very bold and courageous step to return to APC.

“While the other defected and defeated members of defunct APM were still shadow-chasing and preoccupied with empty boasts, Mafe, less than a month after the election of Prince Dapo Abiodun, specifically on April 2, 2019, announced his return to APC on the floor of Ogun State House of Assembly.

“While commiserating with the wife, children and the entire members of the family of the deceased, and indeed the people of Sagamu 1 State Constituency, the APC prays that God will give them the fortitude to bear the irreparable loss.”

A former Minister of Steel, Sarafa Isola, in a tribute lamented the loss of Mr Mafe. He described the deceased as “a forthright, urbane, dependable, loyal, brilliant, compassionate, educated and highly-exposed man of the people.

“The mystery about death is not knowing when, where and how the inevitable would happen. Yorubas, in our rich cultural heritage, capture it as ‘ Oku n sukun oku, akasoleri n sukun ara won’, literally espousing the inevitability of death. We all attend burials but the sermons are usually lost on us,” Mr Ishola stated.

“The essence of life and death is in the motto of Boys Scout – Be prepared. We should be prepared to die the next second. Life’s journey can be likened to a bus trip where passengers embark and disembark at their respective destinations. Death is certainly the end of human life’, the former minister said.

Daniel arap Moi: the making of a Kenyan ‘big man’