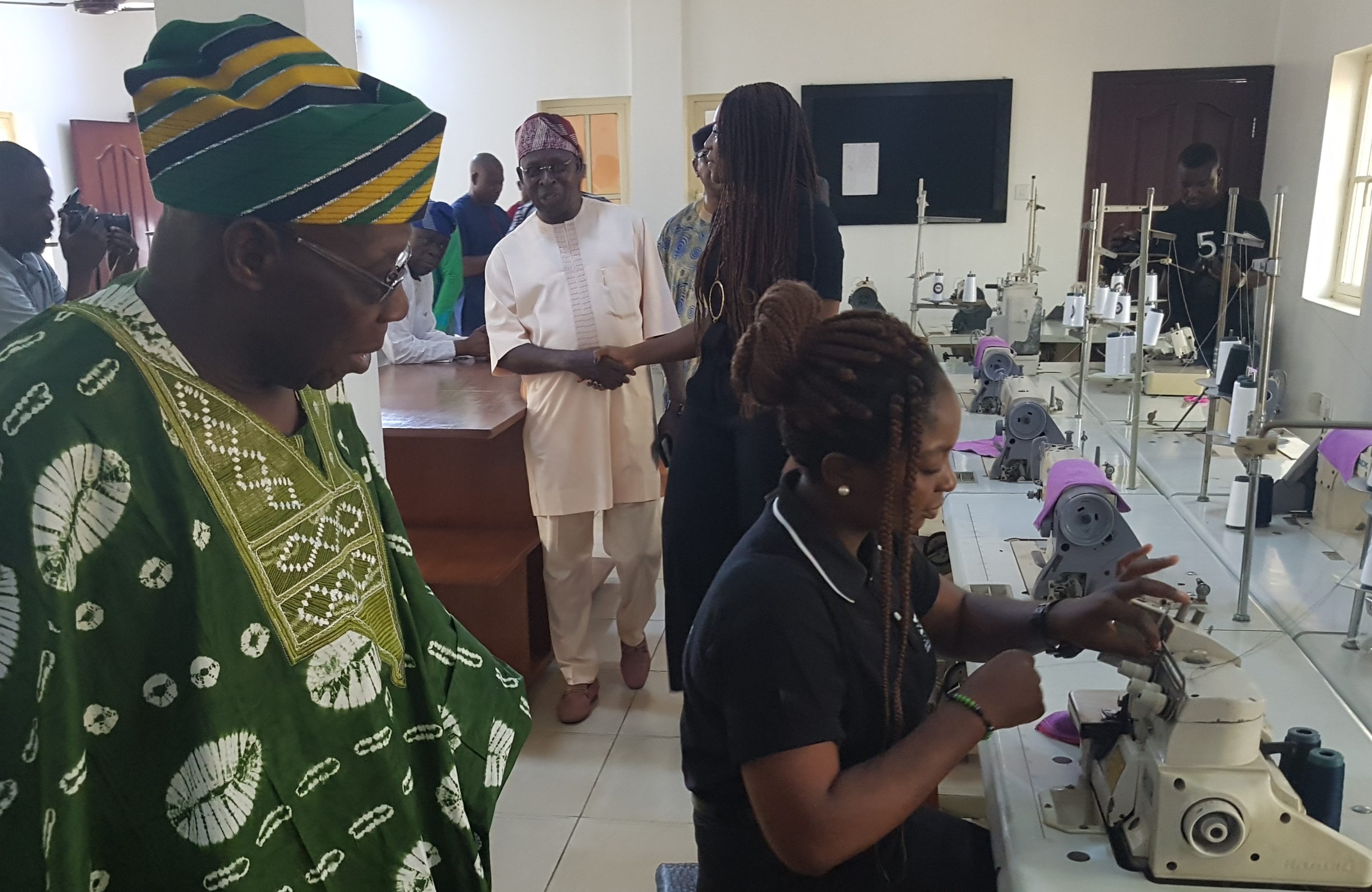 Speaking at the ceremony held on Saturday, Mr Obasanjo said he established the factory in collaboration with a United Kingdom-based Nigerian, Abisade Adenubi.

“After the initiative from me, the one who has taken it to the greatest height is this young woman, Abisade, and the credit for where we are today should go to her,” the former two-time Nigerian leader said after unveiling the factory named Heritage Apparel.

Responding to questions from journalists, he said young entrepreneurs would need to learn from Ms Adenubi’s dexterity, stressing, “My advice for entrepreneurs is that they should come and learn from her and she will tell them the problems she encountered, including the problem of convincing me to have what we have here today.”

Ms Adenubi said she decided to come to Nigeria with her experience in clothing and textile materials, which she said had seen her produce apparel in Europe to Asia.

“It is my firm belief that we should not be outsourcing our economic development. I think we have a responsibility to empower our local people to exploit their potential despite economic hardships. That is why we have decided to come over here and see what we can do to improve on our garment industry,” she said.

Ms Adenubi said she plans to also work on the evolution of the local fabric (Adire) in the city, disclosing that Heritage Apparel is handling the apparel needs of a major sporting event in Nigeria.

She called on schools, industrial organisations and others to partner her outfit.