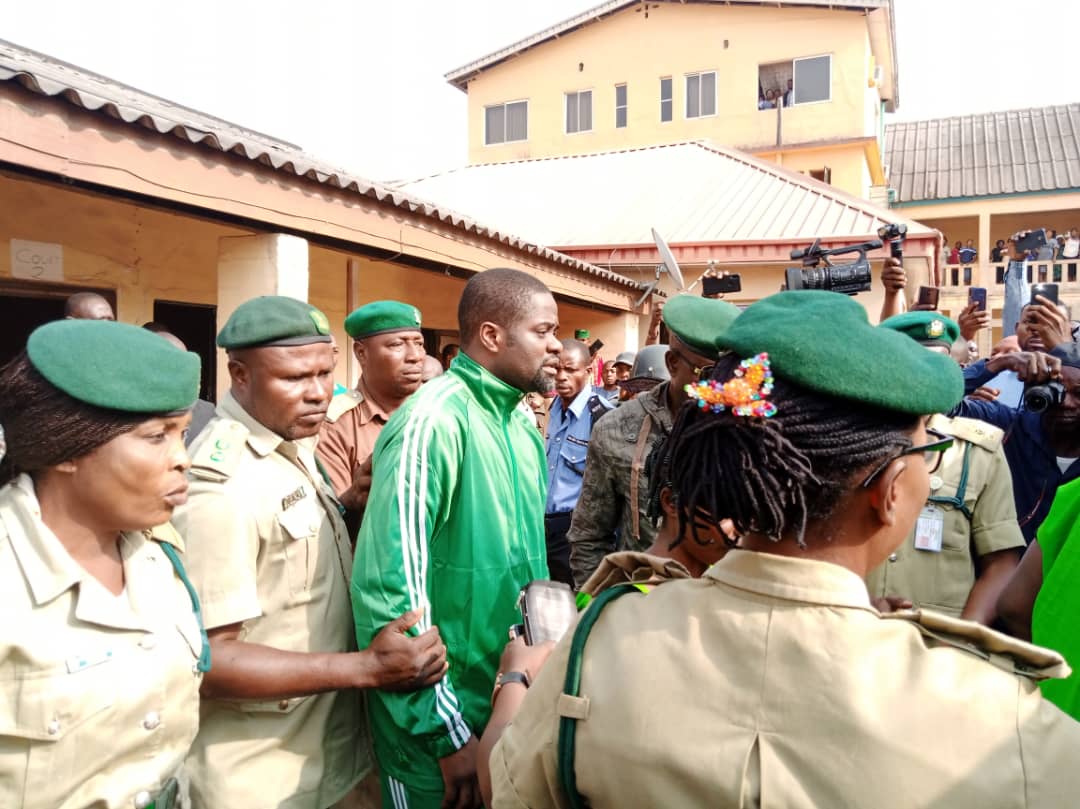 Alfa Babalola (Sotitobire) at the court on Friday

The founder of the Sotitobire Miracle Centre, Oshinle, Akure in Ondo State, Alfa Babatunde, will remain in prison until February 5, pending legal advice from the Directorate of Public Prosecution.

This was the decision of the Chief Magistrate at the magistrate court in Oke-Eda, Charity Adeyanju, on Friday at the resumed hearing of the case against the pastor.

Mr Babatunde was charged over the kidnap of a one-year-old child on November 10, 2019, at his church.

Journalists who were at the court to cover the case were, however, walked out of the court by the judge.

A controversy began in the courtroom when the police prosecutor, Uloh Goodluck, an inspector, ordered the already seated journalists to vacate their seats without offering any reason.

The seated journalists were reluctant, arguing that the prosecutor lacked the power to evict them from the courtroom.

He then approached the judge in her chamber to make a case for the eviction of the journalists.

Mrs Adeyanju walked into the courtroom to meet the journalists waiting and immediately gave an order for all journalists to vacate their seats.

Curiously, no sooner had the journalists left the courtroom, than Mr Babatunde arrived at the court premises alongside six workers of his church amidst heavy security at exactly 9:27 a.m.

The magistrate, who gave no reason for her action against the journalists, ordered that Mr Babatunde should remain at the Olokuta Correctional Facility till February 5, 2020, pending the hearing of the legal advice from the DPP.

The pastor was first remanded on December 23, 2019, by the court along with some members of his church.

He is being prosecuted by the State Security Services for complicity in the abduction of the child, Gold Kolawole, who is still missing since he was taken away from the Sotitobire church by unknown persons in November last year.

The same judge had on Wednesday remanded four persons in prison for allegedly murdering a police sergeant while participating in a mob attack on the Sotitobire church in Akure on December 18.

PREMIUM TIMES reported how a mob razed the church following rumours that the body of the missing child was exhumed from the church’s altar.

The rumour turned out to be false, but the uproar resulted in the burning of the church and the killing of a police sergeant, Sheidu Ocheopo, and another civilian while the police were trying to prevent the destruction of the church property.

The trial of the four suspects was adjourned to January 20.