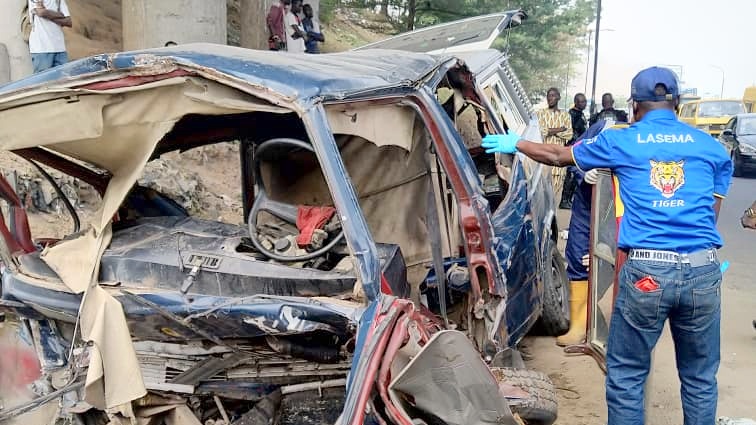 The Lagos State Emergency Management Agency (LASEMA) said it has rescued 12 victims of an accident that occurred at Ogudu area of Lagos, while one passenger died.

Nisa Okunbor, the spokesperson of LASEMA, said the accident happened on Tuesday at Ogudu ‘underbridge’.

“Investigations conducted by the team revealed that the bus lost control while on speed and as a result, rammed into the culvert at the incident scene killing one and injuring others.