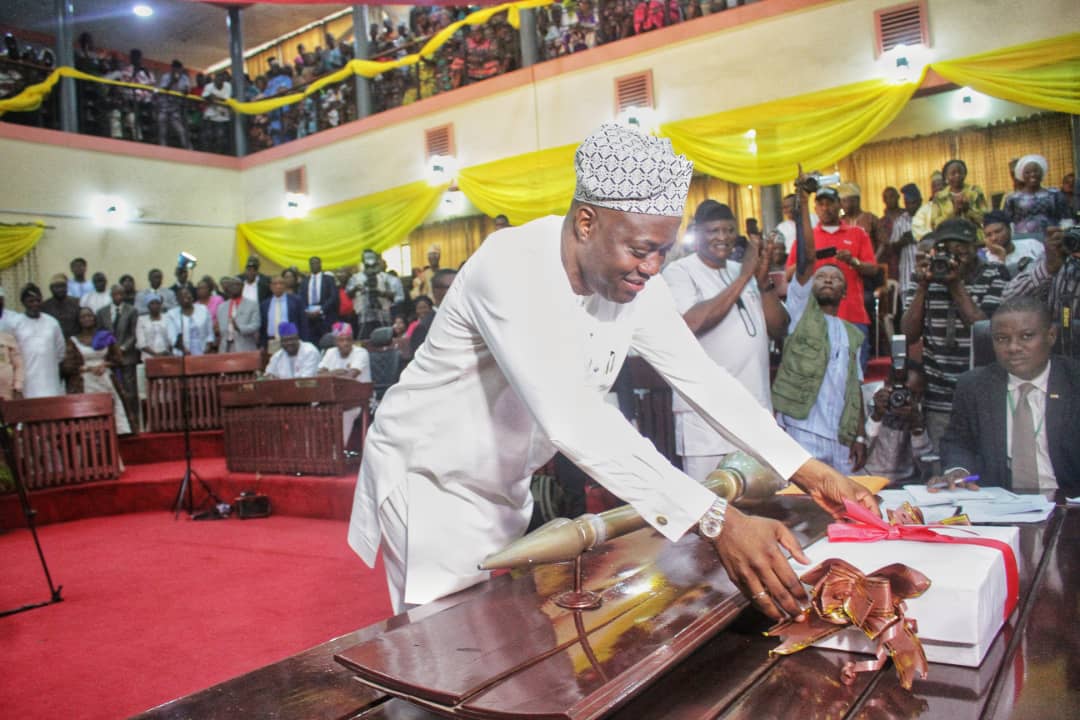 Gov. Seyi Makinde of Oyo State on Wednesday presented a N208.8 billion Appropriation Bill for the 2020 fiscal year to the State House of Assembly.

The News Agency of Nigeria (NAN) reports that the budget presented by Makinde was N77 billion lower than the N285.2 billion 2019 budget presented in 2018 by his predecessor, Abiola Ajimobi.

This was an increase of 20 per cent when compared to the 2019 budget.

Mr Makinde said: “You will also note that our capital expenditure increased by about 20 per cent, compared to the 2019 budget.

“The importance of this increase should not be lost on us. Increased allocation to capital projects directly contributes to a more buoyant economy and sustainable development.

“We will not only be starting new projects but also completing all ongoing projects from the previous administration.”

NAN also reports that works had the highest sectoral allocation in the 2020 fiscal year’s budget at 23.93 per cent while education came a close second with a total allocation of 22.37 per cent of the budget.

Mr Makinde said that other sectors prioritised in the 2020 budget included healthcare which received 5.18 per cent of the total budget proposal.

He said: “4.43 per cent of the budget was allocated to the agricultural sector. We remain determined to utilise agriculture to drive our economy.

“We are implementing policies that will transform farming activities, increase production and improve the quality of food crops, livestock exports and industrial crops through application of modern technology.

“We are presently working at upgrading two of the nine farm settlements in Oyo State at Eruwa and Akufo into Farm Estates.

“These estates will also serve as crop processing zones with the required technology and mechanisation practices.”

The governor further announced the relocation of the headquarters of the Oyo State Agricultural Development Programme (OYSADEP) back to Saki in Oyo North Senatorial District while also promising a restructuring of the programme.

He said that the programme would be fully strengthened in order to ensure efficient and effective performance.

Mr Makinde assured the lawmakers that the budgeted funds would be accounted for, stressing that every single expenditure was geared toward facilitating the accelerated development of the state.

He urged the Speaker, Debo Ogundoyin, and other lawmakers to give the proposal due consideration in a timely manner “so that implementation may commence and Oyo State will indeed get on the path to accelerated development.”

Mr Ogundoyin, in his remarks, assured the governor that the House would give the proposal prompt attention to ensure the overall development of the state.(NAN)